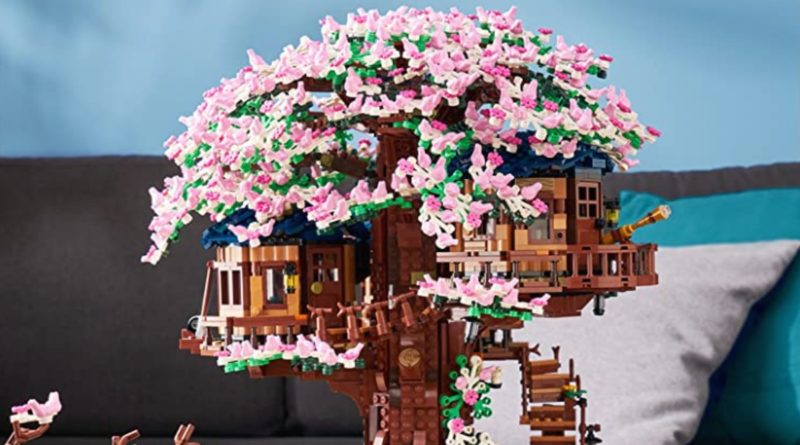 In a partnership with Amazon, LEGO Japan is taking Rebuild the World further by mixing and matching models from Ideas, NINJAGO and more.

The LEGO Group’s Japanese division has revealed a variety of combined sets as part of a team-up with Amazon Japan, including LEGO Ideas, NINJAGO, Monkie Kid, Technic, Creator, NINJAGO and Friends.

The creativity showcased in the builds demonstrates what can be done when inspired by the instructions for two sets with mixed models including aspects of the designs and function for both. The first was showcased on Twitter, with a link to the webpage that showcased the rest, using 42124 Off-Road Buggy and 80021 Monkie Kid’s Lion Guardian.

Others include a mix of Creator 31109 Pirate Ship and 31120 Medieval Castle making for a nostalgic creation of a fortress with a skull above the drawbridge. One features both 71738 Zane’s Titan Mech Battle and 71746 Jungle Dragon for a sand blue mech with a dragon head, as well as the base of the latter built beside it.

What might be the most tempting of all to recreate is a pink-topped 21318 Tree House using the leaves from 10281 Bonsai Tree. The former is currently out of stock on the official online store but you can sign up to our LEGO Stock Alerts to know when it has returned.