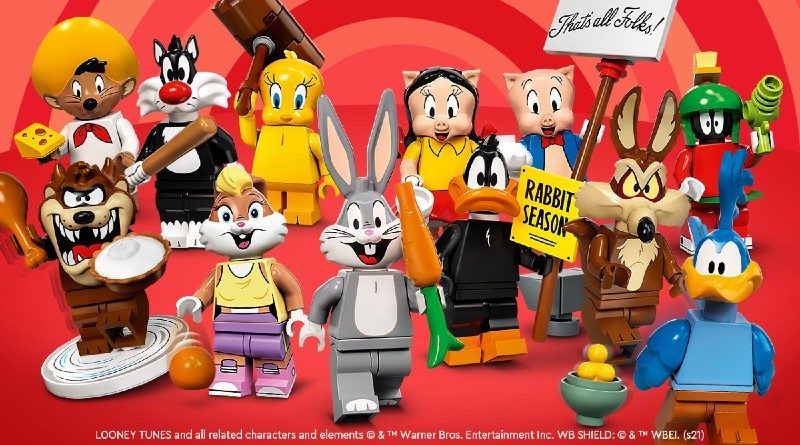 In a reveal that will likely surprise no one, the next Collectible Minifigures series has been officially announced to be themed to the Looney Tunes.

From Bugs Bunny to Daffy Duck, the animated Warner Brothers characters will be the subjects of the next Collectible Minifigures Series, with 12 of the cast represented in minifigure form for the first time.

Following an unintentional reveal thanks to an early sale, the LEGO Group have now taken to social media to reveal the new series, showing the full range of minifigures and their accessories, not to mention many new moulded pieces made specifically for the characters.

Here are all the Looney Tunes included in the range, in case you’re not too familiar with the animated shorts:

There are plenty of references that fans of the characters will enjoy from the bird seed included with Road Runner to the Daffy Duck’s ‘Rabbit season’ sign, the latter of which calls back to a classic segment in the shorts.

Unfortunately, all the social media announcements left out any information of a potential release date or details on price, so we’ll keep you updated when we learn more. So for now, in the words of Porky Pig, that’s all folks.