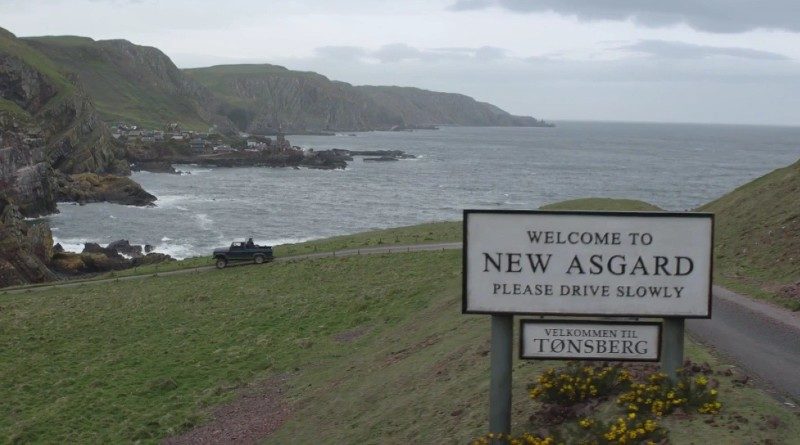 Another entry for the LEGO Marvel summer wave has been revealed with the fan-favourite Bro Thor receiving his own dedicated set with a Korg minifigure.

Before the god of thunder rose to the challenge and helped defeat Thanos in Avengers: Endgame, he was living a more comfortable life amongst the Asgardian and Sakaarian refugees in New Asgard. Some might say it was a little too comfortable.

The scene of Thor, Korg and Miek’s messy home will soon be recreated in LEGO as revealed by a catalogue first reported by StoneWars. The model, which we’ve translated to 76200 Bro Thor’s New Asgard, can be seen below with a listed price of €29.99. It mirrors the moment when the trio was happily sat on their sofa sharing slices of pizza and playing games.

As well as the diorama of the room, a small sign is included to indicate that this location is indeed New Asgard. Minifigures of Thor and Korg are included as well as a build for Miek. There also appears to be a portrait on the wall and we assume a few other references scattered throughout too.

76200 Bro Thor’s New Asgard will release in August according to the catalogue but has yet to receive an official reveal from the LEGO Group, we’ll keep you updated when we know more. StoneWars reports that the set will be available exclusively from official stores in Germany and is likely to be the same across the world.

The build was first rumoured to be a future release earlier this year and will now join the other LEGO Marvel The Infinity Saga models and a What If…? set as part of the summer wave. There will also be an Advent Calendar, adding to the superhero offerings that builders will enjoy later this year.