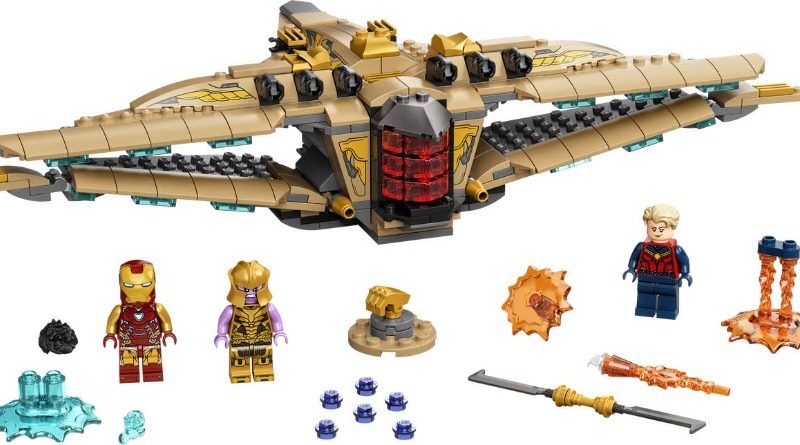 The Mexican version of the official LEGO site has released early shots of 76237 Sanctuary II, a LEGO Marvel set that is expected to be released in October this year.

The set itself is made up of 322 pieces and three minifigures: Thanos, Captain Marvel, and Iron Man. There’s also a brick-built gauntlet, although far smaller than 76191 Infinity Gauntlet. You can also spot coloured transparent pieces mimicking the power blasts from Tony and Captain Marvel, plus smaller studs that fire from the ship’s guns.

Although relatively small, it’s got enough figures that you could recreate Thanos’ showdown with arguably his two biggest opponents from Avengers: Endgame. Of course, Captain Marvel ultimately destroys his ship but you may not want to play out that part, after investing time into building the upcoming set.

The set is available to pre-order from the Mexican site, with delivery expected in October. It’s likely that the set will be available in the rest of the world around the same time, with an expected retail price of €29.99, according to PromoBricks. We’ll of course keep you updated with the latest news as it comes out over the next few months.