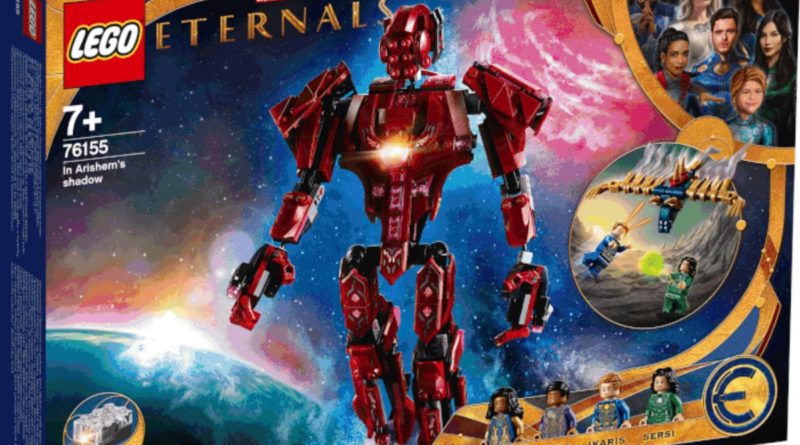 We’ve finally got a clearer look at the four upcoming LEGO Marvel sets hooked to the Eternals film, and some are reminding us of a classic LEGO theme.

With the release of official images for the four Eternals models, we’ve got a closer look at what minifigures are included (as well as which ones aren’t). Alongside these characters, we can also spot brick-builts Deviants and Celestials accompanying them.

The designs for these larger creatures look remarkably similar to LEGO BIONICLE builds. In particular, the enormous ancient Celestial included in 76155 In Arishem’s Shadow and the flying Deviant in 76145 Eternals’ Aerial Assault have the same structure and jointed limbs we came to know and love in the BIONICLE theme.

The red celestial even has the same distinctive shoulder pads as many BIONICLE builds. It seems likely that the LEGO designers have adapted the old models to suit today’s MCU characters.

The introduction of the Eternals to the MCU brings with it the presence of these other iconic creatures. If the MCU sticks with them in upcoming phases, we might expect to see even more fantastical builds recreated in LEGO form.

After all, another Celestial was large enough to have its decapitated head used as an entire planet in Guardians of the Galaxy. If we get to see any builds on that kind of scale, it’ll be interesting to see what design techniques the LEGO Group builds on.

We expect to see all four of the upcoming LEGO Marvel Eternals sets on sale in October, but there’s no confirmed release date yet. We’ll keep you posted with more information as we draw closer to the premiere of the film.