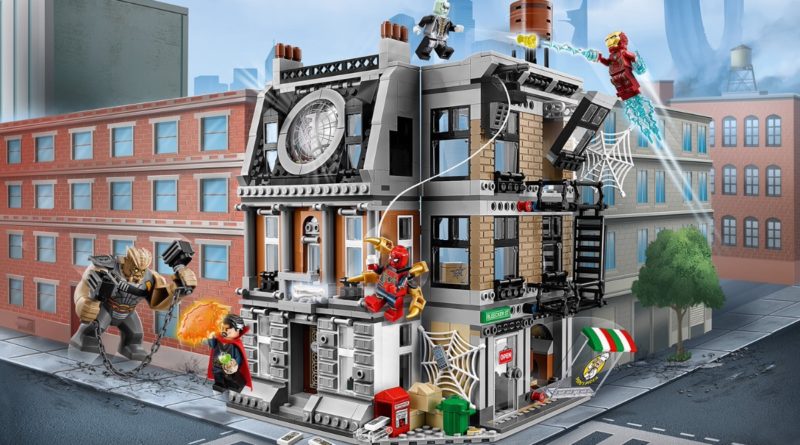 A brand new LEGO Marvel Sanctum Sanctorum is rumoured to be on the way later this year, containing more than 2,700 pieces.

Instagram user tandnbricks reports that 76218 The Sanctum Sanctorum will arrive in either May or June, with a price tag of $210 in the US. That’s far more than the previous-biggest LEGO version of Doctor Strange’s home, 76108 Sanctum Sanctorum Showdown, which launched alongside Avengers: Infinity War in 2018.

That set contains 1,004 pieces and originally retailed for $99.99, whereas 76218 The Sanctum Sanctorum will apparently include 2,708 pieces. Essentially, we’re looking at the biggest (and hopefully best) LEGO iteration of the Sanctorum to date, perhaps designed in a modular building format to sit alongside last year’s 76178 Daily Bugle.

There’s no word yet on whether 76218 The Sanctum Sanctorum will be based on the comics or the upcoming Doctor Strange in the Multiverse of Madness, but a rumoured minifigure list suggests it could well be the latter. Be warned, though: if that is the case, these characters represent some pretty major spoilers, so look away now if you’re hoping to go into the movie blind.

According to tandnbricks, 76218 The Sanctum Sanctorum may include three Doctor Strange variants, Mordo, Wanda Maximoff, Iron Man and Spider-Man. Those minifigures do come with the caveat of being ‘very lightly rumoured’, however, while the Instagram source – who was the first to report information on the now-confirmed 76956 T. rex Breakout – says they’re ‘way more confident in the set itself’.

While Spider-Man and Iron Man have been involved with the location in previous movies – they both popped up in 76108 Sanctum Sanctorum Showdown – the presence of Wanda, who we already know will play a huge role in Doctor Strange in the Multiverse of Madness, suggests they could well be making some kind of appearance in the new sequel.

Current theories and rumours floating around the web point to an alternate-universe Iron Man portrayed by Tom Cruise (remember, Robert Downey Jr.’s Tony Stark is no more by this point in the MCU), while Spidey is thought to be Tobey Maguire’s version of the web-slinger, who was brought back into the fold in last year’s No Way Home.

None of that is confirmed at this stage, of course – and nor are rumours of 76218 The Sanctum Sanctorum, which could just as easily end up like the mooted Tower of Fate and Ant-Man sets. Both of those were rumoured to be coming in the first half of 2022, but their suggested set numbers have since been claimed by other products.

Given the previous reliability of this particular source, however, we’d be inclined to put a little more stock in the Sanctorum than those sets. We’ll have to wait for confirmation from the LEGO Group to find out one way or the other.