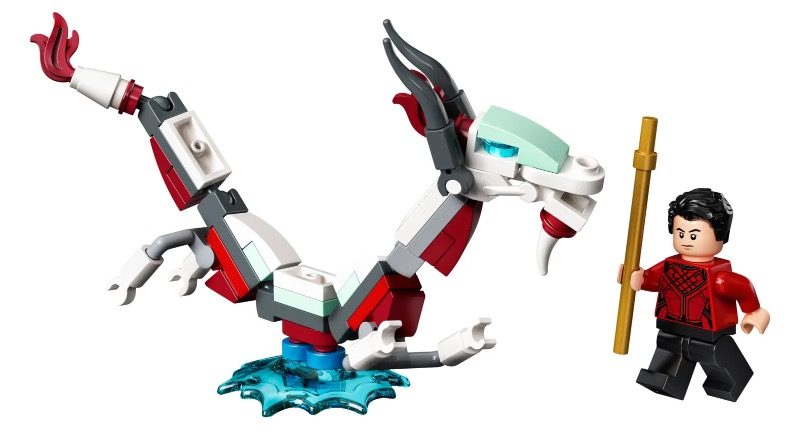 This month’s LEGO Marvel gift-with-purchase appears to have already sold out in the US, as 30454 Shang-Chi and The Great Protector is no longer being added to qualifying orders.

The Shang-Chi and the Legend of the Ten Rings polybag – which offers a miniaturised take on the dragon in 76177 Battle at the Ancient Village – was originally available with a spend of at least $40 on Marvel sets, but has now seemingly run out at LEGO.com.

It’s really no surprise it’s vanished so quickly, though: all the Infinity Saga sets finally debuted in the US yesterday, alongside 76194 Tony Stark’s Sakaarian Iron Man, 76201 Captain Carter & The Hydra Stomper, and 76200 Bro Thor’s New Asgard, so there’s been plenty of Marvel stuff to snap up.

30454 Shang-Chi and The Great Protector is still available on the other side of the pond, however, which is good timing given both 76176 Escape from The Ten Rings and 76177 Battle at the Ancient Village have just launched in the UK and Europe. You’ll need to spend £40 / €40 on Marvel sets to qualify, which means buying both bigger Shang-Chi sets will get you there.

Click here to take a closer look at 30454 Shang-Chi and The Great Protector. The polybag also includes a Shang-Chi minifigure, and will remain available at LEGO.com in the UK and Europe until August 15 – or while stocks last…