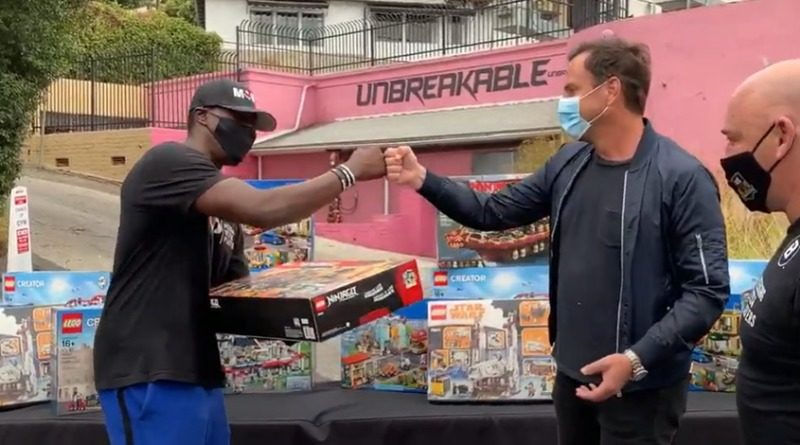 LEGO MASTERS and US host Will Arnett have teamed up to donate LEGO sets to veterans suffering from PTSD.

The producers behind the US version of the show partnered with non-profit organisation Merging Vets and Players (MVP). Fox Sports’ Jay Glazer and former American football player Nate Boyer founded the charity in 2015 to form a supportive community for combat veterans and former professional athletes.

When the pandemic struck, the charity’s in-person events were no longer possible. Instead, many veterans turned to building LEGO sets as a coping mechanism. And for this year’s Veteran’s Day, LEGO MASTERS and Will Arnett donated hundreds of LEGO sets to MVP, hoping to foster joy and creativity in what’s proving to be a particularly difficult period.

Coincidentally, Fox also announced the second season of LEGO MASTERS USA two days ago. But given the good it’s doing, nobody should be cynical about this particular PR move.

Arnett will return to host and produce the new season of the competitive brick-building series. LEGO designers Jamie Berard and Amy Corbett are also back on board in the judging panel.

“LEGO MASTERS raised the bar for all competition series, wowing fans with its wildly creative builds,” said Rob Wade, President Alternative Entertainment and Specials at Fox. “Add to that our insanely dynamic host, Will Arnett, and it’s just a great hour of family-friendly fun. We can’t wait to see this new batch of Lego contestants attempt to master season two’s even bigger and better challenges, brick by brick.”

“I’m looking forward to getting back to the fun with this next block of shows,” Arnett said. “To say that these LEGO puns write themselves takes away from the work I’ve done over the last two and a half minutes.”

The first season of LEGO MASTERS USA was a bona fide hit for Fox. Casting is already underway for the new season, with production slated to start in spring.