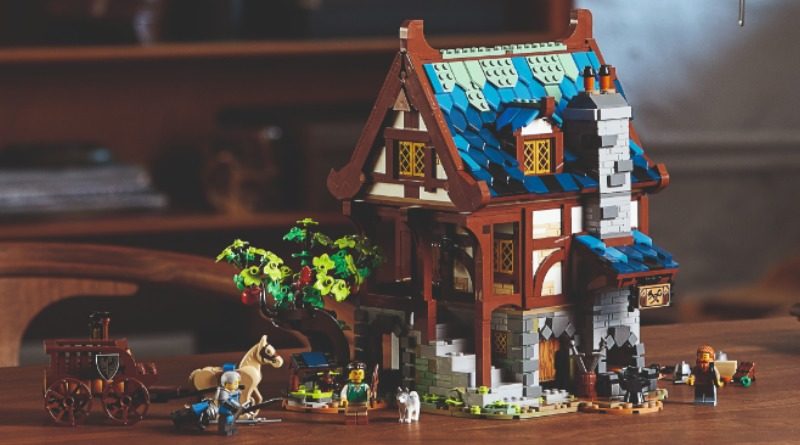 You can now order the individual elements from both 21325 Medieval Blacksmith and 71741 NINJAGO City Gardens through the LEGO Group’s official Bricks & Pieces platform.

If you’re unfamiliar with Bricks & Pieces, it differs from Pick a Brick in that it lists individual bricks by specific sets. It’s mainly used to request replacement bricks for any that are missing or broken in newly-acquired sets, but you can also simply buy elements directly through Bricks & Pieces, too.

That makes it the best way to find parts from new sets that you might want multiples of, such as the Black Falcons’ shields and helmets in the newly-released 21325 Medieval Blacksmith. Unfortunately, not every element from a given set is available to order, and that’s currently true of those highly-desirable pieces.

There are 452 of the Ideas set’s 2,164 parts listed on Bricks & Pieces, though, including the new tan horse. That too is out of stock at the time of writing, but its very presence suggests you may one day be able to stock up on the animal without turning to the secondary market.

71741 NINJAGO City Gardens has also arrived on Bricks & Pieces after going on general sale at LEGO.com today, with 1,184 of the huge set’s 5,685 elements available to order. That includes several of its animals, including the husky dog, crab and bird, but unfortunately not the pink frog, which is currently out of stock.

Of course, the easiest way to get all the parts for either set is simply to buy them all straight from LEGO.com, where they’ll even come packaged in neatly-organised plastic bags, with a box and building instructions to boot. 21325 Medieval Blacksmith and 71741 NINJAGO City Gardens are both available to order right now.