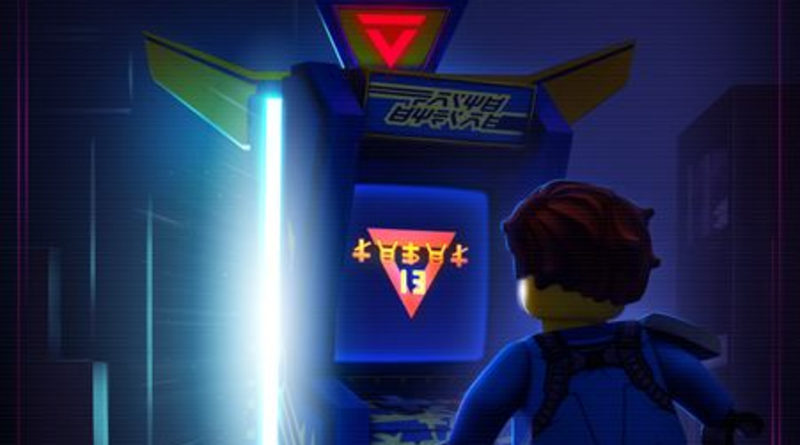 LEGO NINJAGO is celebrating the tenth anniversary of the theme so what better time to look back at the most recent year, with the last of the current chapters featuring a game–focused year

We have reached the final year in this catch up of NINJAGO, with the first half of the year dedicated to Season 13: Prime Empire. The story this season does not begin or involve an ancient relic, enemy, or anything that was previously lost to the world. Instead, it introduced an entirely new enemy, one that fans were very familiar with. Video games.

NINJAGO had dove into the video game platform before, with LEGO Battles: NINJAGO when the theme first started and leading to a wide variety of others across consoles including LEGO NINJAGO: Nindroids, LEGO NINJAGO: Shadow of Ronin, LEGO Dimensions, The LEGO NINJAGO Movie Video Game and LEGO Brawls in a special in–game event celebrating Season 13.

However, the story of the season would introduce a video game villain to the world of NINJAGO, as the lost video game of Prime Empire was reactivated by Jay and started appearing in arcades across NINJAGO. While that might sound fun, when the players reached level 13, they disappeared. Disturbed by this news, the ninja set out to discover how this had happened with the help of Cyrus Borg.

Eventually, five of the ninjas found themselves within the game, pulled in through a portal, but here they had no powers or abilities as just like in a game, they would need to level up. With the help of some NPC characters they began to make their way through the game, before discovering that when they lost their four lives, it was game over.

The team fought their way through jungles, up cliffs and down a racetrack, losing a few members along the way, but eventually, they found Unagami, the final boss. They had thought that Unagami was an avatar controlled by the game’s creator Milton Dyer, but through some sleuthing in the real world, Zane and Pixal discovered that Dyer had no idea what was happening. Unagami was alive, and he was angry for his creator shutting him down. This final boss wasn’t just a character, it was the game itself.

Using the energy cubes dropped by players who’d lost their four lives, Unagami opened a portal into the real world, with the help of the Mechanic, in his prominent role yet. Jay, as the only surviving ninja, used a power–up and chased Unagami through the portal, eventually leading him to the top of Borg Tower, where he could be reunited with his creator for an apology.

After a tense reunion, Unagami understood the error of his ways and went to live with Milton Dyer, inviting the rest of Prime Empire’s characters to stay in the real world. Some would deny the offer and return home but others are believed to still roam NINJAGO.

This season saw the release of eight sets and a polybag, including 71712 Empire Temple of Madness, which included the villain of the season and five other minifigures with a mix of pixelated and smooth designs on the pieces, lending to the idea that this set existed inside a video game. At the top of the temple, another arcade machine can be found for those wanting to play a game whilst in a video game.

Master of the Mountain

With Unagami defeated, the ninja looked forward to a time of rest. To help with that they received an invitation to help celebrate a princess’ birthday within the fantastical kingdom of Shintaro, once thought as just a myth. The team would be some of the first visitors from outside of NINJAGO since the kingdom had revealed itself.

Travelling to the kingdom, with a somewhat reluctant Sensei Wu, the team discovered just why the kingdom had kept itself a secret, the mountains surrounding it were dangerous and filled with Dire Bats. Luckily, a group of Shintaro guards came to save the ninjas from the dire situation, finally bringing the heroes to Shintaro, the mountaintop kingdom.

Here our protagonists were introduced to King Vangelis and Princess Vania, the latter of which had insisted the team come for her birthday. Lloyd was naturally suspicious of the princess after Harumi’s betrayal and insisted the team be careful around her. Cole, however, was immediately infatuated with Vania, and she with him.

After a strange encounter, Cole and Vania find a secret tunnel that leads beneath the mountain, leading the two to an underground mine where strange races of creatures were forced to work for a cruel and mysterious figure, the Skull Sorcerer. To defeat him, Cole would need to discover the power of Spinjitzu burst, something that could only be unlocked when surrounded by his element, good thing he was in a mountain made of the earth.

After teaming up with a ragtag band of adventurers known as the Upply and with the help of Princess Vania, Cole discovered that his mother, the previous elemental master of earth had come here and defeated an evil dragon here long ago, saving the two tribes that inhabited the mountain. Fueled by hope and the answers he needed, Cole saved the Geckle and Munce from their forced service and discovered that King Vangelis had been using an ancient skull and the identity of the Skull sorcerer to sell a huge amount of Vengestone to an unknown buyer. Vengestone is the only known material that can subdue elemental powers in NINJAGO, making a worrying development for the ninjas.

After her father’s betrayal, Vania took the throne, waving a heartfelt goodbye to Cole, a connection clearly kindling between them. With the kingdom under new leadership and a new friend made, the ninjas left for the next adventure, with Master Wu insisting that they do not return home. And so, that is the story of NINJAGO, at least so far.

Master of the mountain introduced a new range of sets, which were focused around building and playing a board game, with the rules heavily inspired by popular tabletop roleplaying games, not to mention that the sets featured a dragon and a dungeon. Included in this range was 71722 Skull Sorcerer’s Dungeons, featuring a special NINJAGO dice piece and the only minifigures of Princess Vania and her father.

Unfortunately, 2020 wasn’t all good for NINJAGO fans, as the voice actor for Cole since the start, Kirby Morrow, passed away. The LEGO Group decided to honour the actors legacy by dedicating the next season to him, as he had already recorded the voice lines for Cole. The future may not be the same without Kirby, but he will always be a part of NINJAGO’s history.

Now, the LEGO Group has revealed the next season as The Island, being the first season of 2021. A trailer is already available, giving fans a first look at what adventure the ninjas will be heading on next. Four sets and a polybag will be themed around the season, including new characters such as Chief Mammatus of the Island tribe.

2021 doesn’t just include a new season of NINJAGO though, as the LEGO Group is kicking a number of celebrations for the theme including 11 NINJAGO Legacy sets with a range of gold minifigures of the characters to collect. This selection includes 71741 NINJAGO City Gardens which is available today and is the biggest NINJAGO set to date. Featuring 5,685 pieces, 19 minifigures and several references to the past 10 years, its no doubt a worthy celebration of NINJAGO, and perhaps we’ll see a similar anniversary in another ten years. 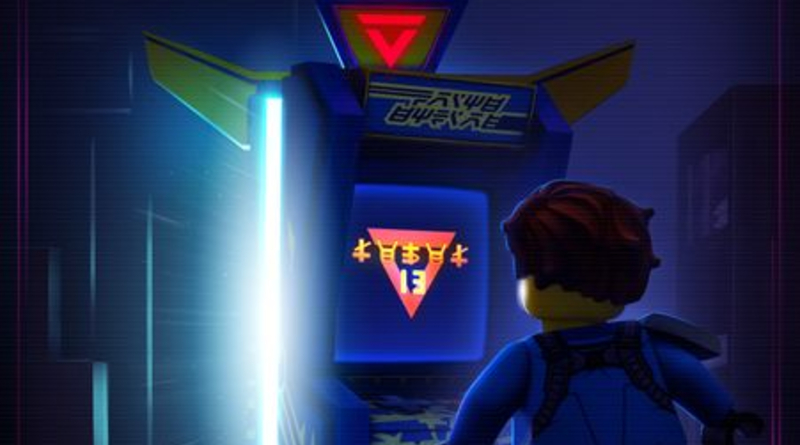