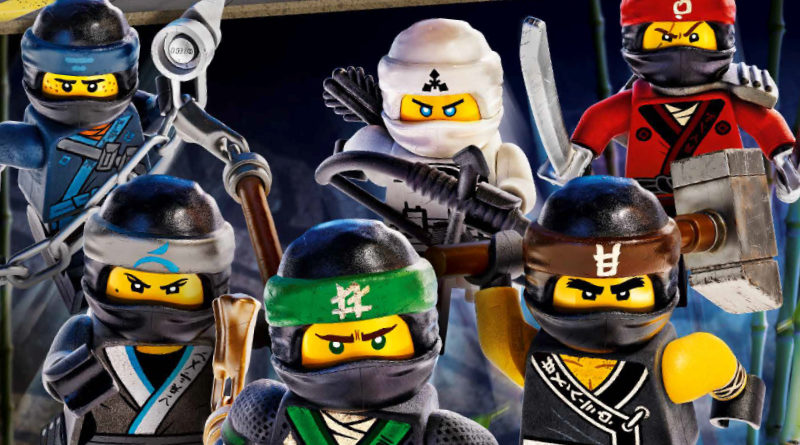 After 10 years, LEGO NINJAGO is still going strong, so here’s the next part of the story of how NINJAGO got to where it is today, this time focusing on a theatrical movie release.

Before moving over to the movie, LEGO NINJAGO did receive one full season in 2017, introducing a new element to the show. The Hands of time was the name of the seventh season and introduced a new pair of antagonists called Krux and Acronix. The villains, also known as the Time Twins, had both been stripped of their elemental power of time in a battle with Sensei Wu and the older elemental masters, including some of the current ninja team’s parents. The power was stored in four blades, known as the time blades and scattered across time. However, before they were Krux and Acronix followed, vowing revenge against Wu.

40 years later, Sensei Wu sat at the burned remains of his monastery, awaiting a moment in time. Acronix fell through the portal, without his brother and was ready to take his revenge against Wu. During the fight, one of the four time blades appeared, causing Acronix to land a time-fueled punch to Wu that rapidly aged him. The ninja rushed to the rescue, saving Wu and chasing off Acronix, who would soon find his brother in disguise at the NINJAGO Museum of History.

Dr Saunders from the Day of the Departed special was actually Krux, who had arrived far before his brother. It had given him time to hatch a plan, as well as some serpentine eggs made from the remains of the great devoured. Using these eggs, the twins built an army of snake-filled suits of armour as well as a time-travelling mech powered by the four time blades. The enemy faction for this season was known as Vermillion, known for their specific shade of red. However, according to some concept art, they were originally called Scale Warriors and were originally much less humanoid than their final versions.

Eventually, over the course of the season, the ninja defeated the time twins, thanks to Kai and Nya who found their long-lost parents. They had not passed away but had been kidnapped by Krux for most of the ninja’s lives. Now reunited, they forged a weapon that combined the powers of fire and water and allowed the two ninjas to follow the twins back in time, stopping them from changing the history of NINJAGO. Unfortunately, Sensei Wu, who had also followed them was left with the twins when they were trapped in time and was lost. This cliffhanger would not be resolved until 2018 but for now, it was time for a trip to the cinema.

Like it or not, the LEGO NINJAGO Movie has been one of the most influential parts of the last 10 years, introducing a new, wider audience to the theme. The movie would focus on the six ninjas in their battles against Lord Garmadon. However, the movie was in a separate universe from the TV show, instead, taking part in the same universe as The LEGO Movie and integrating the brick-built world of NINJAGO with the real-life elements from a backyard.

With the movie being separate from the TV show it meant that the development team had more free reign over the characters and world, completely and fully creating a new version of NINJAGO City entirely out of digital LEGO bricks. The character’s designs and, to an extent, their personalities were revamped too, so as to make the theme more welcoming to a new, wider audience. Each of the ninjas also received a brand new vehicle, from dragon mechs to ice tanks. Finally, every member of the team now used a specific weapon such as a hammer or a bow. Almost all of these changes would then reflect onto the TV show.

New hairpieces were made for each of the ninjas, rather than using the already existing pieces from the last six years of the show, of which only one was new. Sensei Wu also received some changes, with an updated design featuring a fabric extension to his robes. Furthermore, the ninja all received new celebrity voice actors for the movie such as Jackie Chan for Sensei Wu.

The story was kept simple with it being about the battle against Lord Garmadon wanting to take over NINJAGO City, as well as Lloyd coming to terms with the fact that his dad was the most evil being in the world. If there is one incredible thing that came out of this project it would certainly be the models with it kicking off the beginning of the NINJAGO City collection. 2017 saw the launch of 70620 NINJAGO City which would be followed up by 2 consecutive sets over the next four years. The city was the biggest NINJAGO set at the time and something completely different than what the LEGO Group had done before. A three-tiered futuristic city surrounded by water that told multiple stories in its design.

While the movie itself would be somewhat forgotten, its designs would be remembered in the TV show, changing the ninja’s designs and NINJAGO City itself, but ultimately, this movie brought the six-year-old theme into the wide view of audiences everywhere and NINJAGO had a bigger fan-base than ever before. An important thing for the design team to remember as NINJAGO embraced the changes in Season 8.