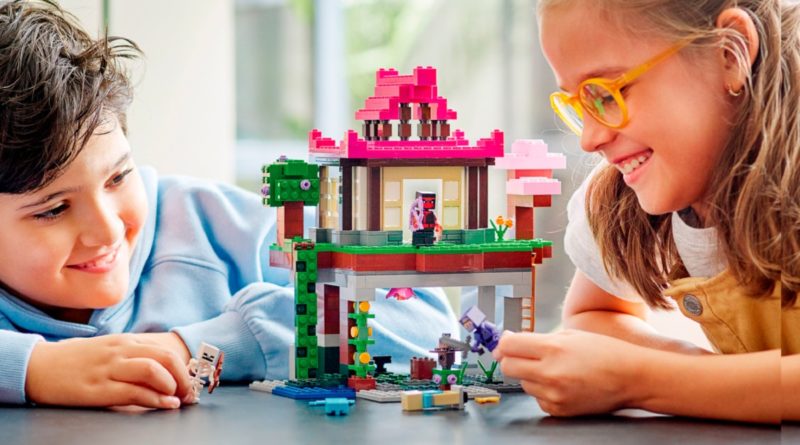 A whole new world of LEGO Minecraft models has launched on the official online store, including natural housing, underwater creations and more minifigures.

LEGO Minecraft is expanding as of today with new creatures and sets inspired by the most recent update to the popular game. Caves and Cliffs parts one and two were released in 2021, bringing updated terrain generation, fresh mobs (the names for creatures in Minecraft) and biomes.

The LEGO Minecraft design team has drawn inspiration from the update for the new range as you may have noticed thanks to the inclusions of three Axolotls and a Glow Squid in 21180 The Guardian Battle. An exclusive diver minifigure is also featured in that set with a neck attachment piece to hold two of the Axolotls beside them as they fight.

The following LEGO Minecraft sets are available now, with six possible expansions to your brick-built displays:

The largest model in the range is 21183 The Training Grounds and includes a minifigure that was chosen via a poll run during LEGO CON 2021 back in June of last year. That set and many more are all out now on LEGO.com.

Support the work that Brick Fanatics does by purchasing your LEGO Minecraft sets through our affiliate links. Thank you!