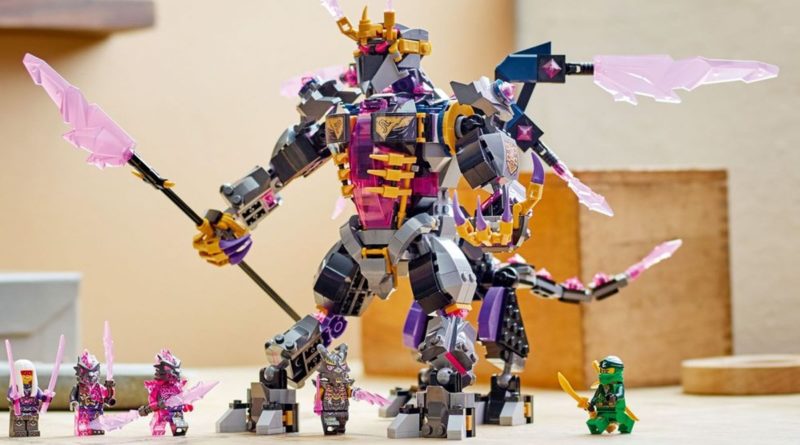 The full wave of LEGO NINJAGO Crystalized and summer 2022 sets have been revealed, showing us the ninja’s biggest battle yet.

Crystals aren’t the only important element to the LEGO NINJAGO summer 2022 sets as holden dragons and armour are coming to theme again soon too. Online retailer JB Spielwaren has shared images of the nine models, including their release date of June 1. That might differ between regions, though we’ll know more when they appear on LEGO.com.

The first trailer for the upcoming season was also officially revealed earlier last week as well as a poster featuring returning characters. We see those returning characters as new minifigures in the set, with both allies and enemies to the ninja back for what looks to be a fierce battle for NINJAGO City.