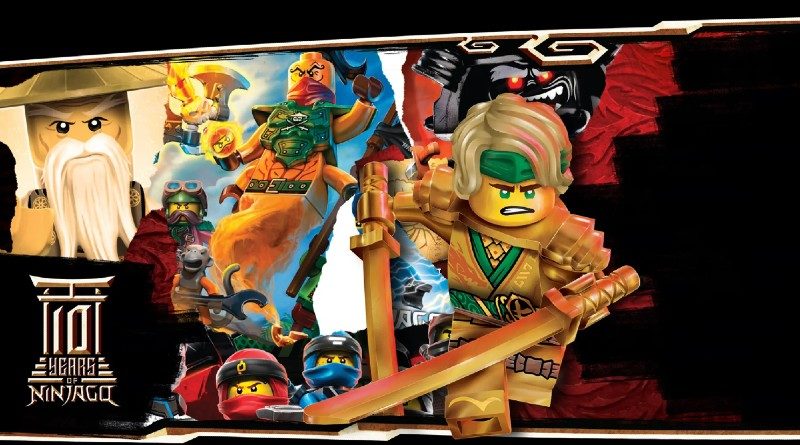 To commemorate the tenth anniversary of LEGO NINJAGO, a new webpage has been added to the official online LEGO store, revealing a free gift included with 71741 NINJAGO City Gardens.

LEGO fans can expect to find a wide variety of interesting content on the webpage, including two interviews, one with co-creator of NINJAGO, Tommy Andreasen and another with NINJAGO fan artist Joshua David. Joshua designed a poster for the anniversary, which the LEGO Group is now including in every copy of 71741 NINJAGO City Gardens for free. Fans still waiting on their copy can download a high-quality version of the poster on the webpage.

Other content on the webpage includes a slider that allows fans to compare a past version of Kai to his modern-day form, pointing out the differences in quality and design, especially with the hair. Some photography of the new 71741 NINJAGO City Gardens set as well as other figures from the other 2021 NINJAGO sets, is also displayed in its own section.

The LEGO Group is also advertising the NINJAGO – A Musical Journey series of videos as well as embedding the full two-and-a-half-hour soundtrack as part of the page. A brief timeline of LEGO NINJAGO is also displayed on the page, giving a quick look at the journey this theme has been on over the decade. For a more extended look, Brick Fanatic’s is running our own series of ‘thought to theme’ features.