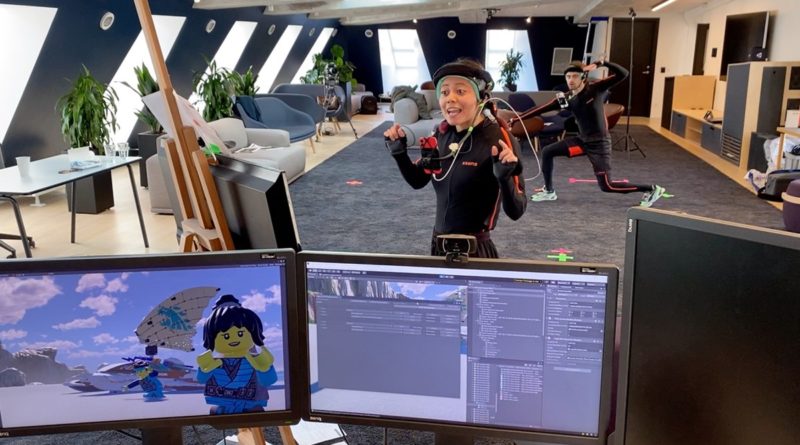 The technology used for the LEGO NINJAGO vlogs is back in another video series, but this time with members of the original voice cast.

In 2021, the LEGO Group trialled a new technology with a series of NINJAGO vlogs, as Jay and Nya explored a mysterious island. Since the final video, the technology hasn’t reappeared on the LEGO Group’s YouTube channel, until now.

Two videos showing Lloyd and Cole attempting their corresponding training minigames on the NINJAGO website have been revealed, and you can tell by the motion of the minifigures that this uses the same technology from the vlog series. For those who need a reminder, cameras and technology track the motions of actors and apply them to digital minifigures in real-time.

The twist this time is that the technology has also been combined with some of the original voice cast from the series. Out of the two videos uploaded so far, Andrew Francis and Sam Vincent have reprised their roles as Cole and Lloyd respectively. However, it’s not yet confirmed whether they were acting out the motion of the characters, or just providing the voices.

When the NINJAGO vlogs first aired in 2021, we speculated where else this technology might be used next, but it appears that it’s back in NINJAGO for a second run.

• Behind the scenes of LEGO NINJAGO’s Ninja Vlogs
• Where could LEGO’s NINJAGO vlog technology appear next?

LEGO NINJAGO will be getting some other new content soon in the form of the Crystalized season, which has been the subject of recent promotion on YouTube, including full clips from the episodes.