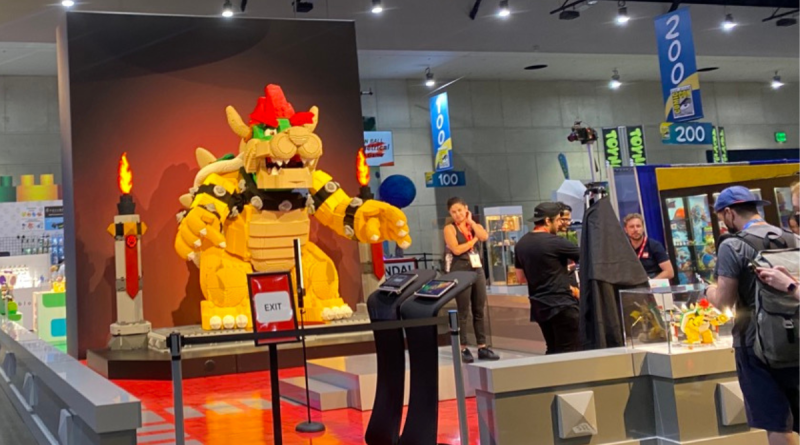 The LEGO Group has shared the epic build process of the 14-foot LEGO Bowser that was on display at San Diego Comic-Con this year.

If you were marvelling over the size of 71411 The Mighty Bowser, just you wait. Made up of 663,900 bricks, the monstrous Bowser was more than 13 times taller than its smaller counterpart and made up of roughly 237 times more pieces.

Not only did it look impressive while standing still, the arms, eyebrows, and eyes of the enormous build can also move, thanks to electronics hidden inside.

Taking 3,290 hours to build, the design stays faithful to how 71411 looks, with 3D images keeping the two models virtually identical to one another – apart from the size. Once the design was made, there was nothing else for it than for the LEGO Group builders to get to work, building the enormous models in parts to later be joined together.

The King-Sized Bowser, weighing 3,900kg, then travelled to San Diego Comic-Con back in July to make its debut, before heading on tour to Gamescom in August. If you didn’t catch him at either of those, there’s still one more chance to see him in real life, at Paris Games Week from November 2 until November 6.

Featured image: From Bricks To Bothans