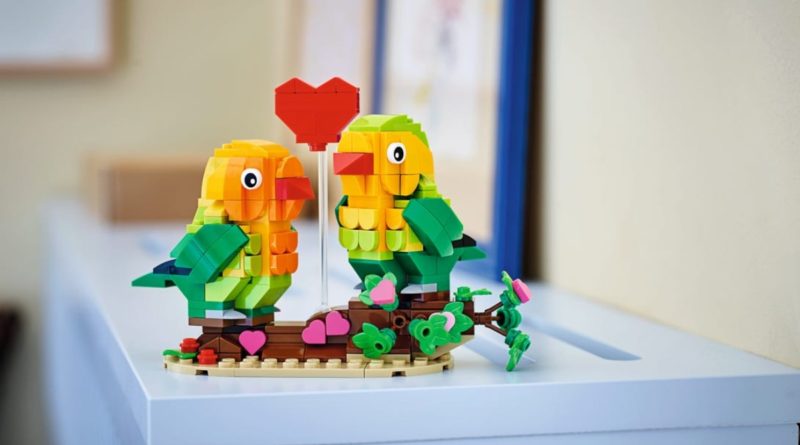 A previously unrevealed LEGO Seasonal set has been suddenly launched on the official online store as 40522 Valentine Lovebirds is out now.

LEGO 40522 Valentine Lovebirds has been unveiled with a full worldwide release on LEGO.com as the first Seasonal model for 2022, just in time for Valentines Day with a full gallery of images as well as details of regional pricing.

40522 Valentine Lovebirds is available now for £11.99 / €12.99 / $12.99 with 298 included elements making up a diorama of two colourful creatures sitting together on a branch, hearts surrounding them including a larger red variant floating above.

This follows 40462 Valentine’s Brown Bear as the next LEGO Seasonal set based on the holiday, which is still available and has been given an in-depth review for you to read through.

The birds can be removed from the branch base to display however you so choose and feature different designs in their colour scheme, but not the structure. The back of the box for 40522 Valentine Lovebirds also reveals another Seasonal set that will likely be coming later this year to the official online store.

You can pick up 40522 Valentine Lovebirds from LEGO.com now alongside many other 2022 releases, which you can see in their entirety in our full guide.