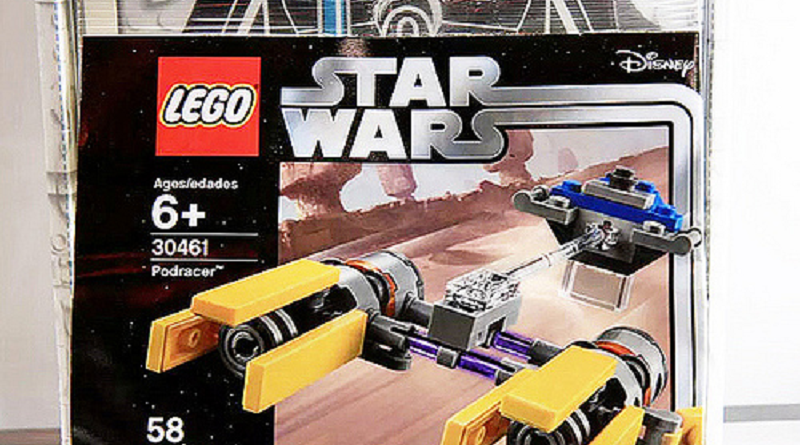 A new LEGO Star Wars polybag that will be part of the 20th anniversary has been revealed – 30461 Podracer.

Like the 20th anniversary sets, the polybag uses classic black and silver styling on the packaging for a distinctly retro feel. It may be used as part of a promotion when the new products launch. 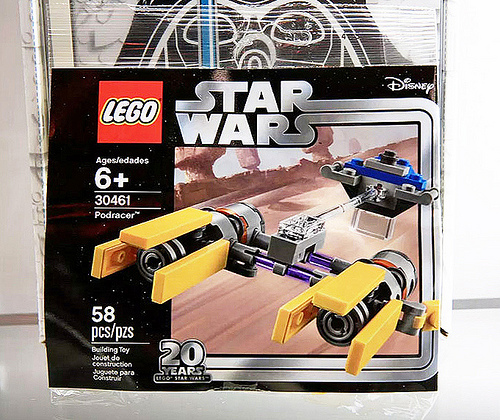 The LEGO Group has unveiled a whole range of new Star Wars sets at New York Toy Fair, which will be released on April 1. The sets include 20th anniversary labelled sets with commemorative minifigures, Star Wars Resistance sets, Action Battle sets and 75236 Duel on Starkiller Base.

The following sets will make up the commemorative 20th anniversary range: