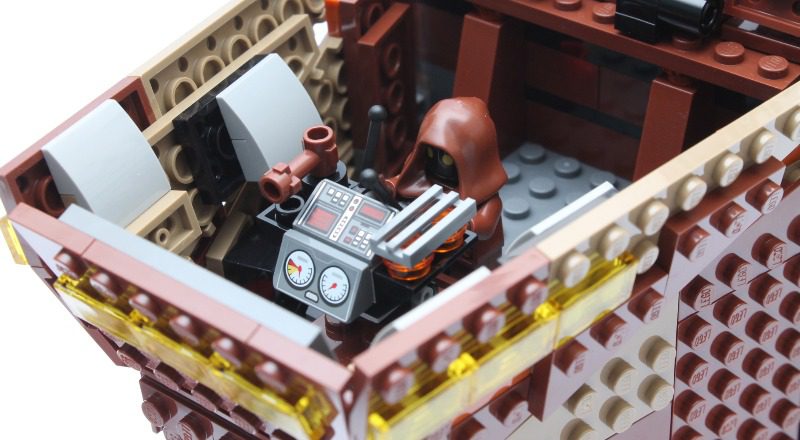 LEGO Star Wars 75059 Sandcrawler is a big act to follow – can this latest version of the brown box carve out its own identity in the increasingly saturated Star Wars line-up?

In the pantheon of regular LEGO Star Wars colours, brown must be getting close to grey, black and white by now. The pair of Jabba’s Sail Barges and more obscure sets like 7759 Pirate Tank help, but the now three Sandcrawlers released since 2005 are doing a great job all on their own to boost those numbers. All this is relevant because just how much you like the Jawas’ vehicle will really depend on how much you like the idea of a big brown box. 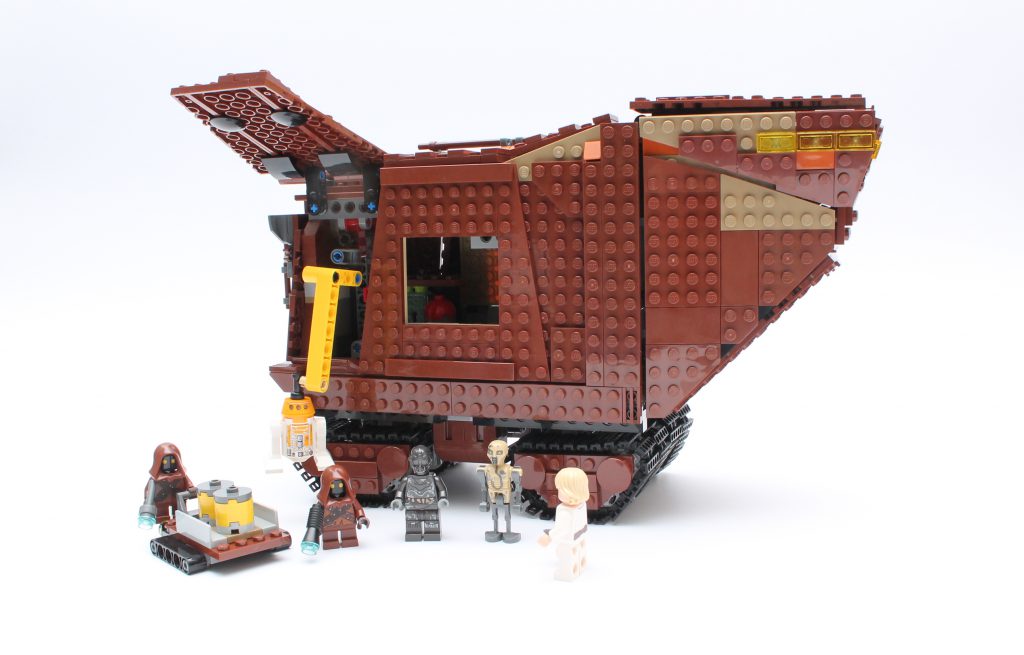 It’s not quite as big as the last one, of course, that being 75059 Sandcrawler. But comparing that 3,296-piece UCS set to this one is like comparing apples to oranges, or the prequels to the original trilogy. They’re just completely different beasts, and while there’s plenty to appreciate in both, there’s no sense in looking for one in the other. If you missed out on 75059 and are hoping this will be a direct replacement, you’ll be disappointed.

Come into it expecting a set worthy of its much lower price point, however, and you’ll likely be delighted. Not everyone can afford the LEGO Group’s most expensive sets, so being able to get your hands on a Sandcrawler for a fraction of the UCS model’s price shouldn’t be overlooked. And 75220 has plenty of its own merits, too.

While this is ostensibly a Technic frame covered in plated panels, it really doesn’t feel like that when you’re building it. Rather than doing the entire frame all at once and then adding on the panels, you build up the vehicle in sections, which keeps things from getting dull. Things inevitably get repetitive where the treads come in, but that’s not really avoidable – and there’s a great steering mechanism incorporated in them that allows all four sets of treads to move concurrently, activated with a cog at the base of the rear end. They’re also able to roll along any surface, thanks to the rubber tyre that stands on the inside of each tread section.

The exterior panelling of the Sandcrawler takes its cues from 75059, adding a smattering of dark tan and dark orange to break up the swathes of reddish brown. There’s also a helping of grey around the back, where there’s some great greebling to add detail to what could otherwise have been a very plain exterior. It still is in some places, of course, but adding much more would have risked losing the impact of this lumbering brown box. That’s exactly what it is, and it doesn’t shy away from it.

Head inside the vehicle – which you can do by pulling either centre side panel off completely, with further access granted by raising the hinged rear side panel – and the play potential of 75220 Sandcrawler becomes obvious. There’s a crane arm to pick up droids or cargo that has more articulation than most mechs, control panels for the Jawas to tinker away at, and plenty of storage space for the aforementioned cargo and droids. The cockpit continues the theme of making use of the Sandcrawler’s still impressive size, with room enough for an entire Jawa crew to stand around drinking intergalactic coffee.

Only two Jawas are included in the set, though, so you’ll need to grab a few copies of 75198 Tatooine Battle Pack to stock it properly. That only hit shelves earlier this year, so you’ve got plenty of opportunity to do so – the LEGO Group has clearly been keen to avoid another gaffe like the release of 75098 Assault on Hoth just after 75054 AT-AT’s retirement.

Jawas are plentiful these days anyway, so it’s really the droids where a Sandcrawler gets chance to shine. And 75220 does that confidently: there’s no R2-D2 or C-3PO filling out the ranks here, and while they probably would have made sense in the context of the scene, their alternatives are much preferred for long-time collectors. R5-A2, the RA-7 protocol droid and the 2-1B medical droid are all brand new variants of existing designs, adding some variety to your droid collections.

The astromech in particular is an awesome stand-out in flame yellowish orange, setting it apart from the litany of red and blue astro droids in recent years. Luke is kind of just there, but at least he doesn’t have the hyper-detailed mug of the minifigure in 75059 anymore.

Don’t be put off by 75220 Sandcrawler’s diminutive size in the face of its predecessor. It does more than enough to warrant its place on shelves, and indeed in your collection, simply by virtue of its more accessible nature – and, of course, some excellent minifigures. And if you never got chance to pick up 75059, this should shoot straight to the top of your list. You know, if you like big, brown boxes.

75220 Sandcrawler is available now at shop.lego.com. You can help support Brick Fanatics’ work by using our affiliate links.