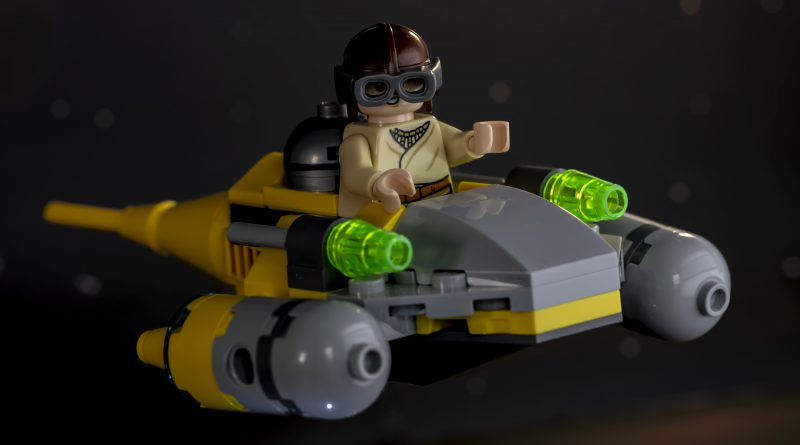 Twenty years on from the release of Star Wars: The Phantom Menace, fans can recreate Anakin’s daring attack on the Droid Command Ship in a more stylised way than ever before. 75223 Naboo Starfighter Microfighter offers one of the most memorable designs from the first installment of the prequel trilogy in the chibi format with a young Anakin Skywalker minifigure. 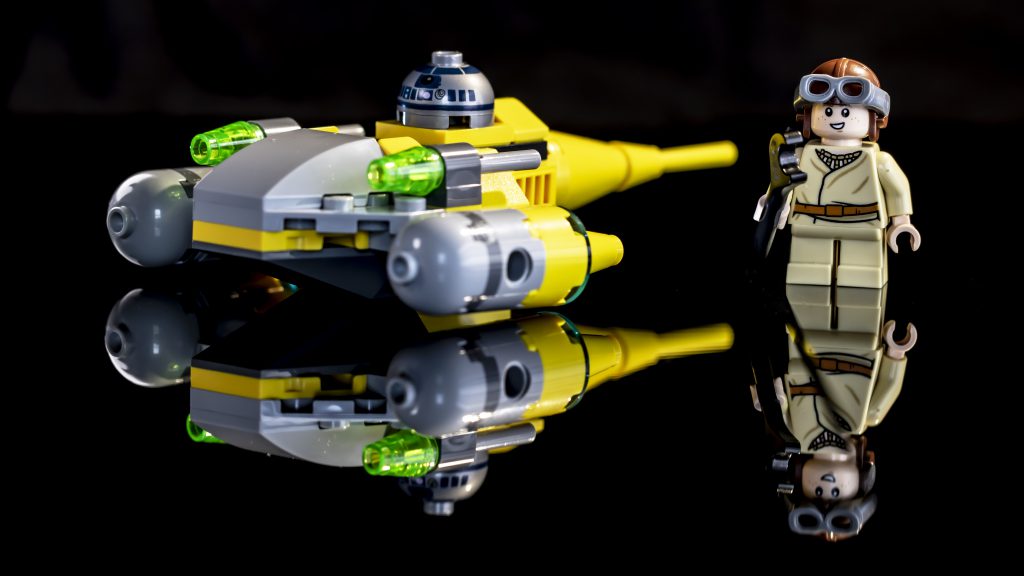 Anakin is an exclusive minifigure in this set, updated from the 2015 version introduced in 75092 Naboo Starfighter. The torso printing is very similar but the belt is now all one colour. His head piece is printed on both sides, one with a smile, the other with a more serious expression. The legs are just plain tan and, after bendable short legs were introduced into the last wave of Harry Potter Collectible Minifigures, it is a shame that this Anakin minifigure has the older, non-moveable style. The helmet piece with goggles is nice though.

Despite the LEGO Star Wars Microfighter being a minateurised version of the yellow and grey N-1 Starfighter, this model manages to retain all the curves and shaping of its larger counterpart – even if it is a tad on the squat side at the front.

The stretched tail is cleverly designed. The trans blue 2×2 dishes built into the engine give them a nice glow, making it look as if the starfighter is in full flight. In fact the whole design for the engines is well thought out, if not a little on the loose side. There are some nice angles created through the use of the various sloped pieces.

The best design feature is the inclusion of the printed 2×2 dome with R2D2 pattern that attaches onto the back of the Microfighter. It looks excellent connected to the starfighter and really helps finish the overall look. It begs the question why the designers of the 75235 X-wing Starfighter Trench Run (review) couldn’t have done something similar.

This set is completely let down by the speed in which it can be built. The blame for that lies squarely with the paltry piece count of only 62 bricks – compared to 92 in the recent 75224 Sith Infiltrator (review). Even by Microfighters standards it feels as though this set is completed moments after you start building, making for a disappointing experience.

While Anakin Skywalker might have been able to save the day in his N-1 Naboo Starfighter by hitting the fuel cells, this particular Microfighter misses the target.

75223 Naboo Starfighter Microfighter is available now at shop.LEGO.com. You can help support Brick Fanatics’ work by using our affiliate links.