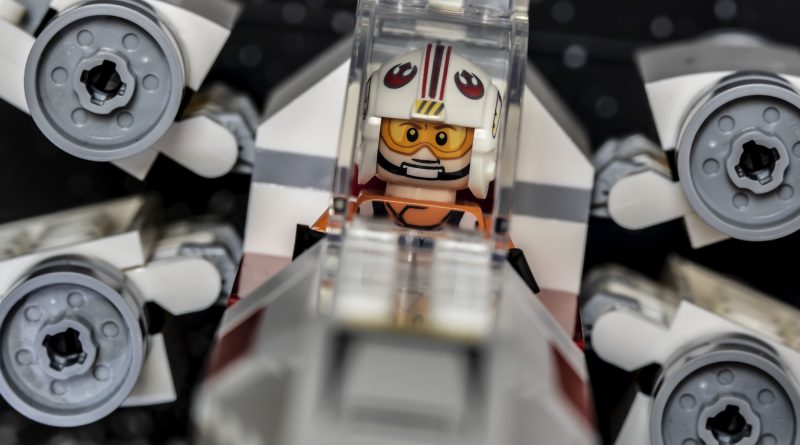 Is the force strong with 75235 X-Wing Starfighter Trench Run, the first ever LEGO Star Wars set aimed at a much younger audience?

LEGO Star Wars 75235 X-wing Starfighter Trench Run brings 4+ – previously known as Juniors – to the theme for the first time. The mere 132 bricks are used to construct both Luke’s T65-B X-Wing starfighter and a Death Star laser turret. The set comes with three characters – Luke Skywalker in his Rebel Pilot fatigues, R2-D2 and a Stormtrooper. 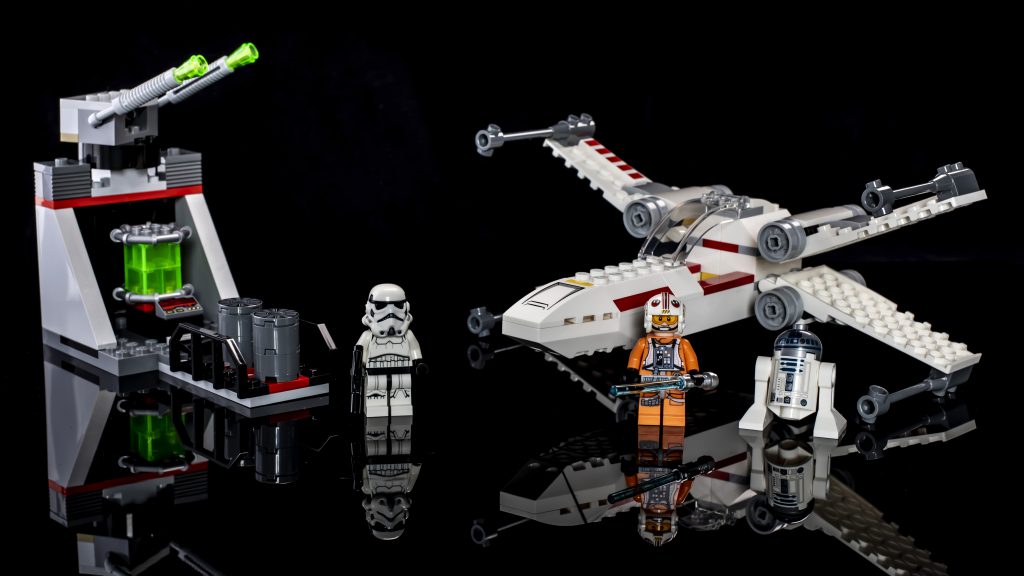 This marks the first time that LEGO Juniors, now rebranded as 4+, has ventured into a galaxy far, far away. Younger fans taking their first steps into the world of LEGO can enjoy building iconic vehicles and recreating classic scenes from the original trilogy.

For the uninitiated, 4+ sets are designed to be simple to build with large pieces that are easy for the youngest of builders to handle. While the build experience will not satisfy older fans, for children of a certain age it will prove to be an engrossing, fun experience.

The Laser Turret utilises some nice parts, especially the exhaust pipes used for the laser cannons and the printed 1×2 slope control panel, which was first seen in 75203 Hoth Medical Chamber (reviewed here). The trans-neon green bricks that form a kind of energy module within the tower and the trans-neon green cones used for the laser canon tips help add vibrance to the overall look.

The finished build retains the shaping of a Death Star turret even though it is cleary a simplified version – but it can still fire off a barrage of lasers (in this case three 2×2 round tiles) thanks to the integrated disc shooter, which can be rotated a full 360 degrees.

Luke’s X-wing is also a more simplistic version than fans may be used to. The view from the front has all the hallmarks of the iconic starfighter, including s-foils that can be locked into attack position and a printed nose cone, but overall the design feels too squat and it is almost criminal that the designers made no attempts to fit R2 somewhere onto the ship. Why include an R2-D2 minifigure, a character who played a crucial role in the trench run, if you aren’t then going to be able to have him ride alongside Luke in the X-wing?

Also there are no stud shooters, flick missiles or any form of play features that fire built into the X-Wing, another strange design choice considering the ‘one in a million shot’ Luke makes at the end of A New Hope, the scene that this set is based on.

Of the three characters included in 75235 X-wing Starfighter Trench Run, Luke is the highlight with beautifully detailed rebel pilot printing on both the torso and legs. The old style minifigure helmet with Luke’s Red 5 insignia makes a welcome return in place of the oversized, almost cartoonish helmets that were released last year. Luke’s head piece is printed on both sides, one with visor up, the other down but both with happy-go-lucky expressions. Luke comes with his trusty blue lightsaber. 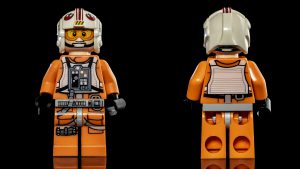 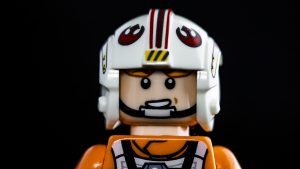 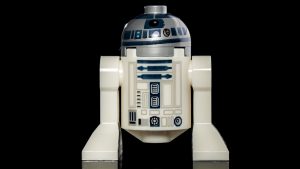 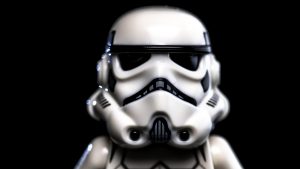 The Stormtrooper comes armed with a standard blaster and features the newly designed helmet. This new Stormtrooper is the same included in 75229 Death Star Escape and for a more detailed analysis of the minifigure head over to the review of that set.

The 4+ range must be a difficult set to design for. On one hand, the designers need to remain faithful to the source material but on the other they need to make sure the set is easy to build for the youngest of fans. In that respect they have done a good job, but older fans will more than likely scoff at the pared down representations on offer.

As a set to inspire and engage young fans into building with LEGO bricks this is a fantastic introduction, albeit a little on the pricey side, and AFOLs with children will garner immense pleasure from watching their little ones build a set all on their own. However fans looking for an accurate representation of a T65-B Starfighter would be better off looking at last year’s 75218 X-wing Starfighter. 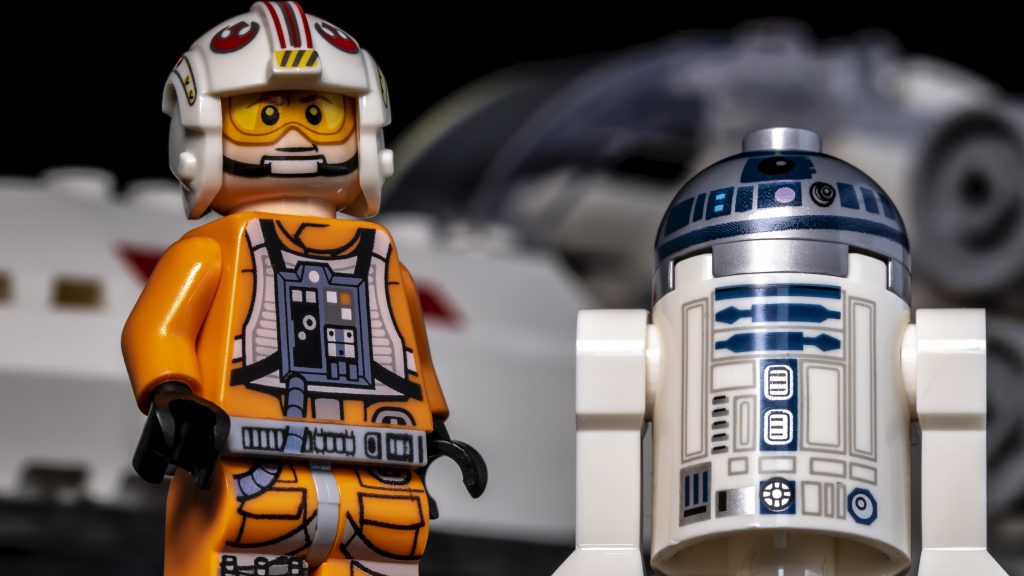