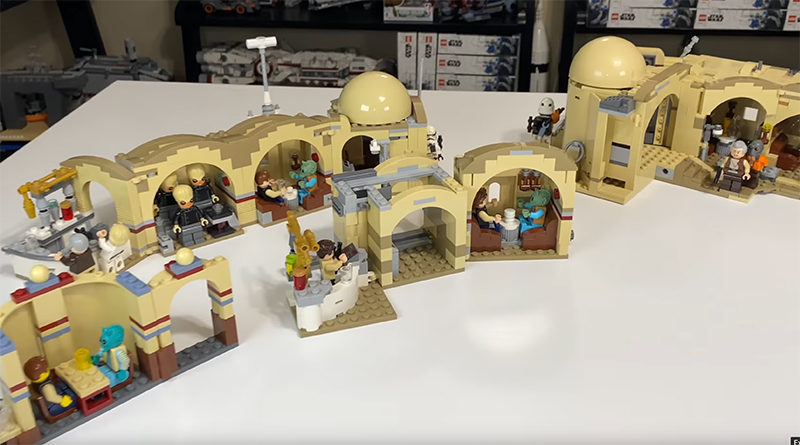 LEGO Star Wars 75290 Mos Eisley Cantina launches a few days ago, offering the biggest, most complete edition of the iconic location yet. It’s not the first time that the LEGO Group has tackled Chalmun’s drinking hole though, with 4501 Mos Eisley Cantina released way back in 2004. Since then there’s been 75052 in 2014 and 75205 in 2018.

In this video from MandRproductions, all four editions are put side by side to see what they do best and how they have evolved.

“We’re not trying to figure out which one is the best set or which one you should buy … I jsut wanted to show you how the minifigures and the builds have changed over the years,” Ryan explains.

Those who were able to purchase 75290 Mos Eisley Cantina quickly also got 5006290 Yoda’s Lightsaber for free, although it didn’t last long.