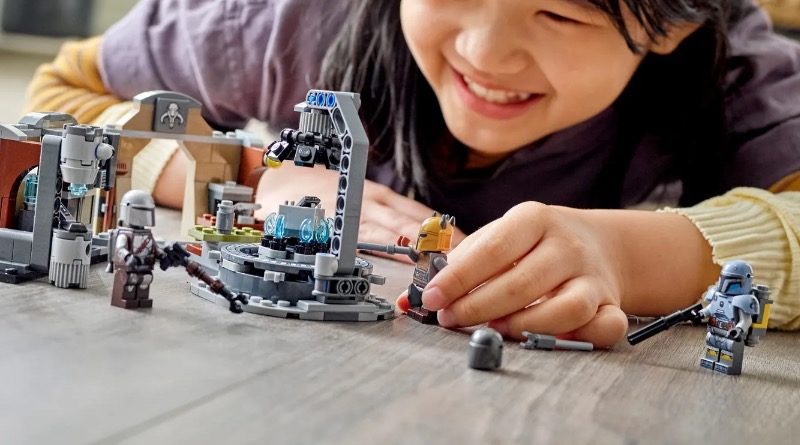 The newly-revealed LEGO Star Wars 75319 The Armorer’s Mandalorian Forge is already available to pre-order in the US.

It won’t launch until September 1, but you can secure your copy of the 258-piece set – which has been rumoured since May, and finally revealed by the LEGO Group earlier today – at LEGO.com right now for $29.99. In return, you’ll get a detailed recreation of a pivotal location from the first season of The Mandalorian, along with three exclusive minifigures.

Okay, Beskar Mando is technically the same one we’ve already seen in 75299 Trouble on Tatooine and this summer’s sets, including 75312 Boba Fett’s Starship and 75315 Imperial Light Cruiser, but this one has – at long last – a jetpack. We’re verging on familiar Malibu-Stacey’s-new-hat levels of collectability for the LEGO Star Wars theme here.

The others are even more interesting, as this is the first time we’ve had both the Armorer and Paz Vizsla in minifigure form. They make for a trio of highly-desirable characters in a set that doesn’t break the bank, so should be an easy ‘yes, please’ for most Mando fans.

The LEGO Group hasn’t yet confirmed international pricing for 75319 The Armorer’s Mandalorian Forge, nor whether it will be available to pre-order in other territories. Remember, though, that pre-orders count towards totals for gifts-with-purchase – handy for, say, 40487 Sailboat Adventure, which launches on Sunday with a whopping £200 / $200 / €200 threshold.