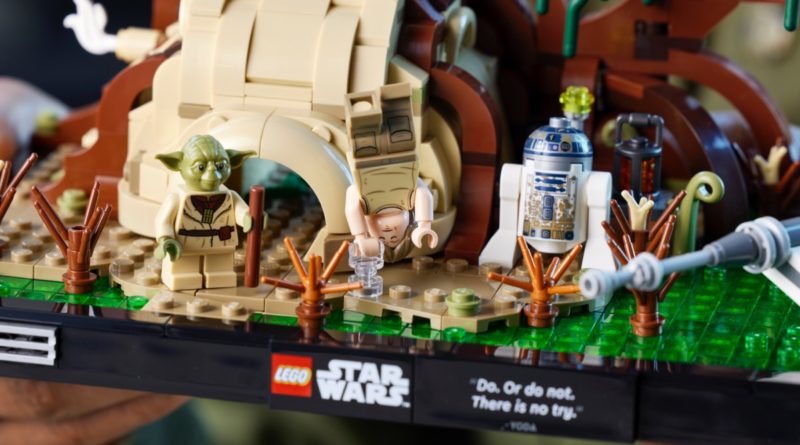 Pre-orders for all three of the newly-revealed LEGO Star Wars Diorama Collection sets are now live in the US, though availability varies worldwide.

That’s because 75339 Death Star Trash Compactor Diorama is still listed as ‘coming soon’ in the UK and Europe, and therefore can’t currently be pre-ordered ahead of its release on April 26. Both 75329 Death Star Trench Run Diorama and 75330 Dagobah Jedi Training Diorama are at least available to pre-order worldwide, however.

The three new sets form the first wave of the LEGO Star Wars Diorama Collection, each filing in at a standard size of 20 studs deep. They do vary in length, height and piece count, though – and consequently in price, with 75339 Death Star Trash Compactor Diorama topping out the range at £79.99 / $89.99 / €89.99 for 802 pieces and six minifigures.

You can take a closer look at all three sets by clicking here. Once you’ve decided which you want to get your hands on as early as possible, head over to LEGO.com and get your order in. The LEGO Star Wars Diorama Collection will launch on April 26.