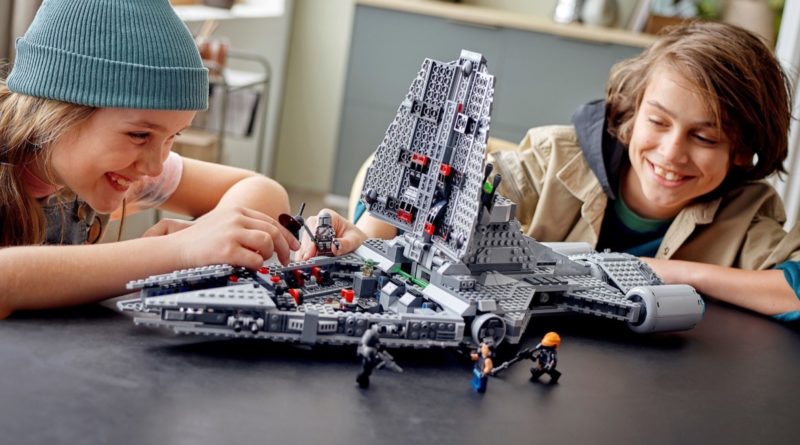 Following on from other sudden sales on the online store, a pair of LEGO Star Wars sets based on The Mandalorian and The Bad Batch are on offer too.

The LEGO Group seems eager to clear out stock of two specific LEGO Star Wars sets in the US as both 75315 Imperial Light Cruiser and 75314 The Bad Batch Attack Shuttle are on offer for 20% off now.

The Mandalorian and Bad Batch models are both scheduled to retire by the end of the year and include exclusive or otherwise rare minifigures. In 75314 The Bad Batch Attack Shuttle, almost the entire team of clones is included with a unique element for Tech’s helmet.

Though it is missing Omega, you can currently get her in 75323 The Justifier and these two models are the only way to complete the team. Thanks to the sale, 75314 The Bad Batch Attack Shuttle is available now for $79.99, which has dropped 20% from $99.99.

These deals are only currently live in the US, though a recent LEGO Super Mario sale is available worldwide.

Support the work that Brick Fanatics does by purchasing your LEGO sets from LEGO.com using our affiliate links.