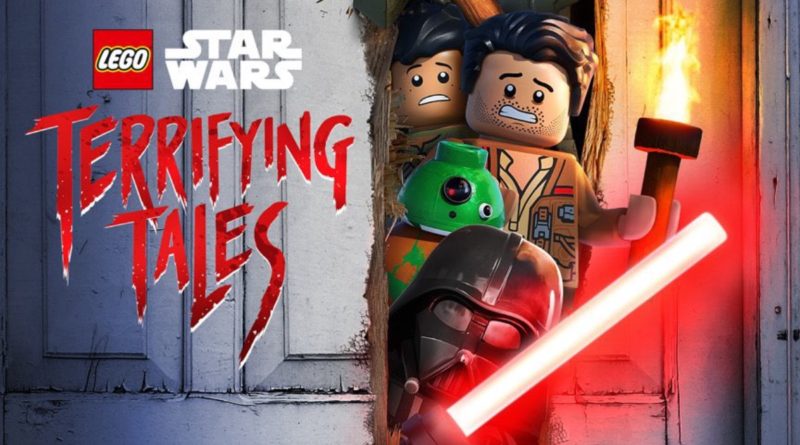 LEGO Star Wars Terrifying Tales evokes The Shining in its newest poster, which has just debuted online ahead of the Halloween special’s Disney+ premiere later this week.

It suggests the animated special – which follows last year’s LEGO Star Wars Holiday Special – will include plenty of jokes and references for adult viewers, giving us all one more reason to tune in on Friday. LEGO Star Wars Terrifying Tales will involve Poe Dameron and BB-8 crash-landing on Mustafar, where Graballa the Hutt has transformed Darth Vader’s castle into a luxury hotel.

Together with the Hutt, a young boy named Dean, and Vader’s servant, Vaneé, they’ll journey through the one-time lair of the Sith Lord, hearing three terrifying tales that draw on all corners of a galaxy far, far away. Think The Simpsons’ Treehouse of Horror, only with more lightsabers and less Kang and Kodos. (Though we certainly wouldn’t say no to LEGO Kang and Kodos.)

Check out the trailer (and four things we’ve spotted in it) for a better idea of what to expect from LEGO Star Wars Terrifying Tales, then tune into Disney+ on Friday, October 1 to see the full special, which features the voices of Jake Green, Raphael Alejandro, Dana Snyder, Tony Hale and Christian Slater.