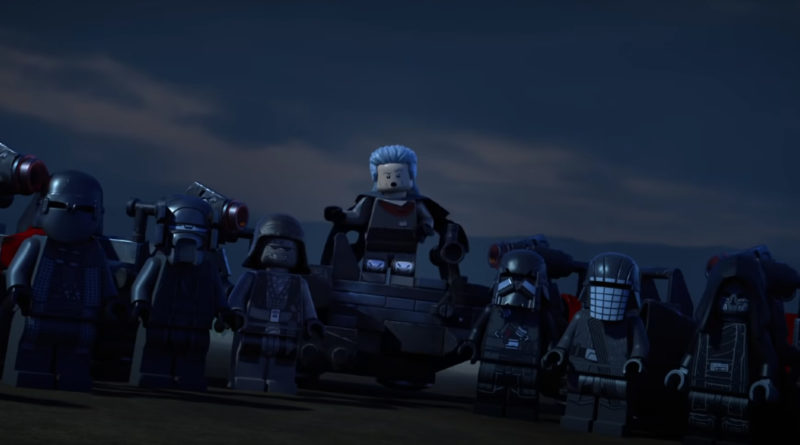 LEGO Star Wars Terrifying Tales looks to be full of references to the history of LEGO and a galaxy far, far away, and here are four we found.

With a month remaining until the launch of LEGO Star Wars Terrifying Tales, a new trailer has been released to showcase the spooky stories that await us.

However, this first look at the Halloween special also revealed a few interesting scenes that call back to recent moments from the LEGO Group and Star Wars alike. Here are four of the best that we discovered:

Before Ben Solo became Kylo Ren, another force-sensitive member of the dark side carried that name. Known simply as Ren, the leader of the Knights of Ren was introduced in a series of comics produced by Marvel.

The character had yet to appear in any media outside of the comics and books, that is until LEGO Star Wars Terrifying Tales. Making his debut in both brick and video form, Ren’s story of how he helped Ben Solo onto the path of becoming Kylo Ren will be explored in the upcoming special.

As one of the resident groups of Dathomir, the Nightsisters wielded magick to help the dark side, or whatever party aligned with their interests at the time.

The group has yet to receive any minifigures despite their influence on both Darth Maul and Savage Opress – who have had at least one minifigure – so their appearance and designs here may be of interest to LEGO Star Wars collectors as the first sign of potential future appearances. Nothing has been confirmed though.

Apparently, even Stormtroopers are interested in getting involved in the spooky season as a skeletal suit of armour for the familiar soldiers of the Empire can be seen on display in the luxury Sith-themed hotel.

The design borrows the torso and legs from Skeleton Guy, who debuted in Collectible Minifigures 71010 Series 14, whilst the helmet is new with white detailing that evokes the idea of a skull. Later in the trailer, Poe can be seen wearing the outfit leaving us to wonder why he needed to suit up.

One of the models that we’d still love to see for The Mandalorian’s second season has become a digital reality as the AT-AT crane walker seen lifting the Razor Crest out of the ocean can also be seen in LEGO Star Wars Terrifying Tales putting the finishing touches on the renovated castle.

Whilst no such set for the vehicle has been confirmed, the design pictured above might be enough to tempt you into making their own, possibly with the help of 75288 AT-AT.