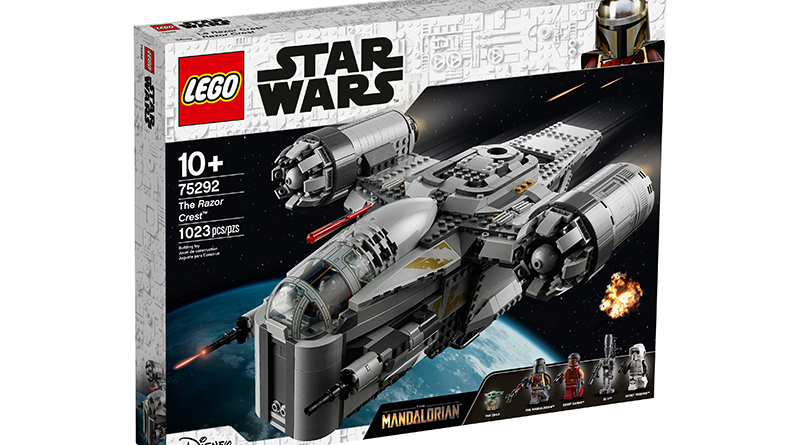 LEGO.com released a selection of images showcasing the recently announced LEGO Star Wars: The Mandalorian 75292 The Razor Crest set a couple of weeks ago, and now boxed images are available too. The 1,023 piece model includes both the Mandalorian and Baby “The Child” Yoda, as well as Greef Karga, Scout Trooper and IG-11. It will be priced at £119.99 and is available to pre-order now.

The artwork shows the ship in space, with the white greebled border that is common on LEGO Star Wars sets. The Mandalorian minifigure is shown in the top right corner.

The Razor Crest was introduced in the first episode of Star Wars: The Mandalorian, the first ever Star Wars live action series that debuted last November on Disney+. The ship is the personal vessel of the Mandalorian, as he travels the galaxy hunting bounties and staying alive.