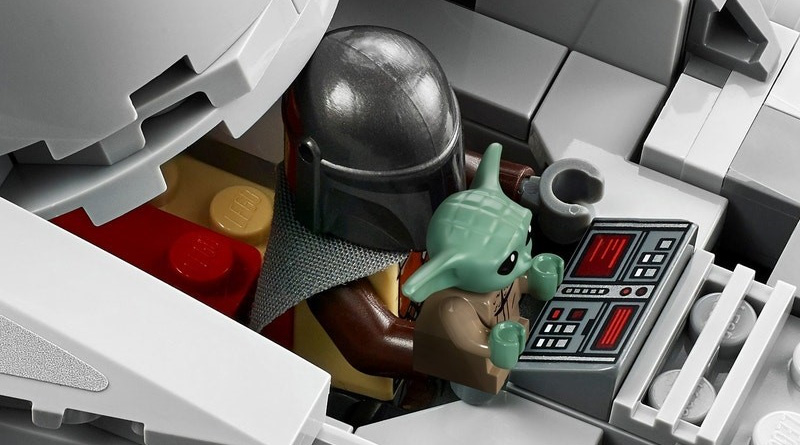 LEGO.com has released more images of the recently announced LEGO Star Wars: The Mandalorian 75292 The Razor Crest set, that includes both the titular character and Baby “The Child” Yoda. The 1,023 piece model also includes Greef Karga, Scout Trooper and IG-11. It will be priced at £119.99 and is available to pre-order now.

Now, more images of the set are available for fans to salivate over.

The Razor Crest was introduced in the first episode of Star Wars: The Mandalorian, the first ever Star Wars live action series that debuted last November on Disney+ and will soon be coming to the UK. The ship is the personal vessel of the Mandalorian, as he travels the galaxy hunting bounties and staying alive.

Here is the official product description for LEGO Star Wars 75292 The Razor Crest:

Fly to the outer reaches of the galaxy in The Mandalorian’s armored transport shuttle, The Razor Crest! It’s got everything you need for a mission – a big cargo hold for carbonite bounty, spring-loaded shooters, escape pod… and even a bed to get some rest! When you land, grab the weapons and prepare for battle. Protect the Child and defeat Scout Trooper to prove you are the ultimate warrior!