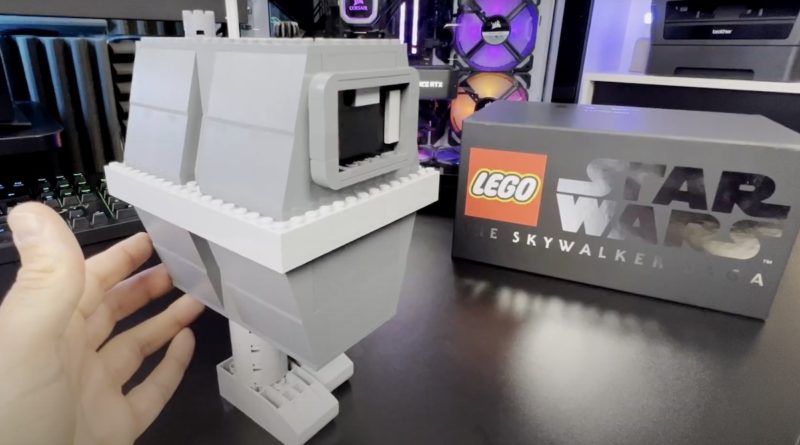 A new YouTube video has given us a better look at the LEGO Star Wars: The Skywalker Saga GNK droid puzzle promotional set.

We recently reported that WB Games has been sending out limited-edition LEGO GNK Power Droid puzzle sets to promote LEGO Star Wars: The Skywalker Saga. Only one hundred of the special boxes are said to exist, with lucky fan media receiving the sets and secret bonus item hidden inside.

Now YouTuber Keralis has released a new video which shows the LEGO GNK Power Droid puzzle model in more detail, including how to correctly open it up in seven steps. By pressing, pulling and turning LEGO pieces in a certain order, it’s possible to unlock the puzzle and discover what’s inside.

The specially-designed LEGO GNK Power Droid puzzle model appears to have been constructed from a number of standard LEGO and Technic pieces, with the interior revealing the clever puzzle set’s intricate locking mechanisms.