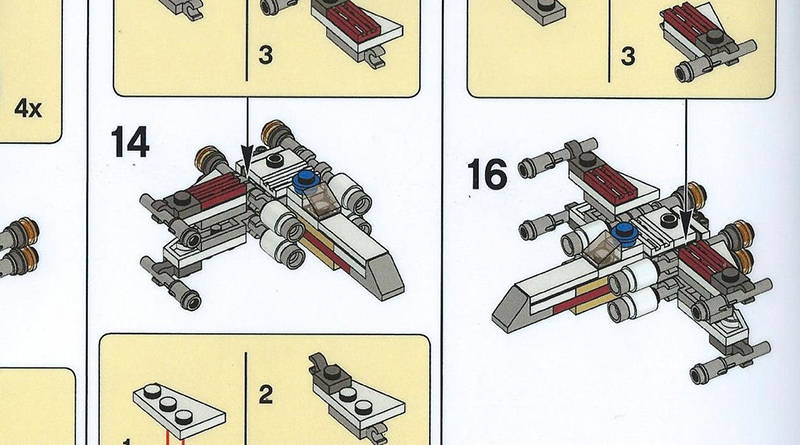 Instructions for the May the Fourth LEGO Star Wars make and take X-wing build have been shared online.

The biggest physical LEGO Star Wars celebrations for May the Fourth were held at the Westfield Chatswood shopping centre in New South Wales, Australia. As part of the event, a make and take build opportunity was available 0 fans could put together a little X-wing model and take it away with them. Rebelscum has helped out those who could not attend – or were not inclined to join the 100 person long queue – by sharing the instructions online, so fans can build it using their parts stash.

In LEGO Stores elsewhere in the world, a make and take for a mini version of 75244 Tantive IV was available, which used significantly more pieces than the X-wing. Brick Fanatics shared the instructions for the build, for those who did not make it to a store during the limited timeframe.