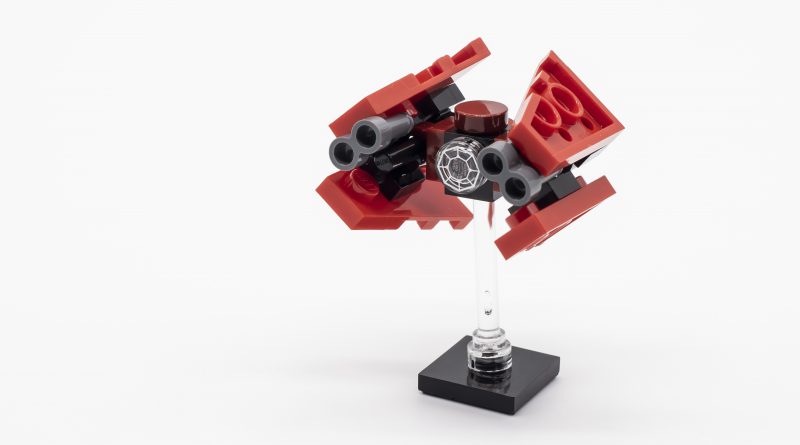 For the first time, the LEGO Star Wars theme has delved into the Resistance animated television series. They are a bit too big for having on a desk – so Brick Fanatics is here with a minature version of 75240 Major Vonreg’s TIE Fighter that fits into a smaller space.

Growing up, the original trilogy Tie Interceptor was always my favourite ship from the Star Wars universe, and in my eyes anything with a red and black colour scheme is immediately elevated to the status of ‘utterly awesome.’ When 75240 Major Vonreg’s TIE Fighter was first revealed, I knew it was not only a set that I needed to add to the collection but also a ship I wanted to shrink down to micro size. 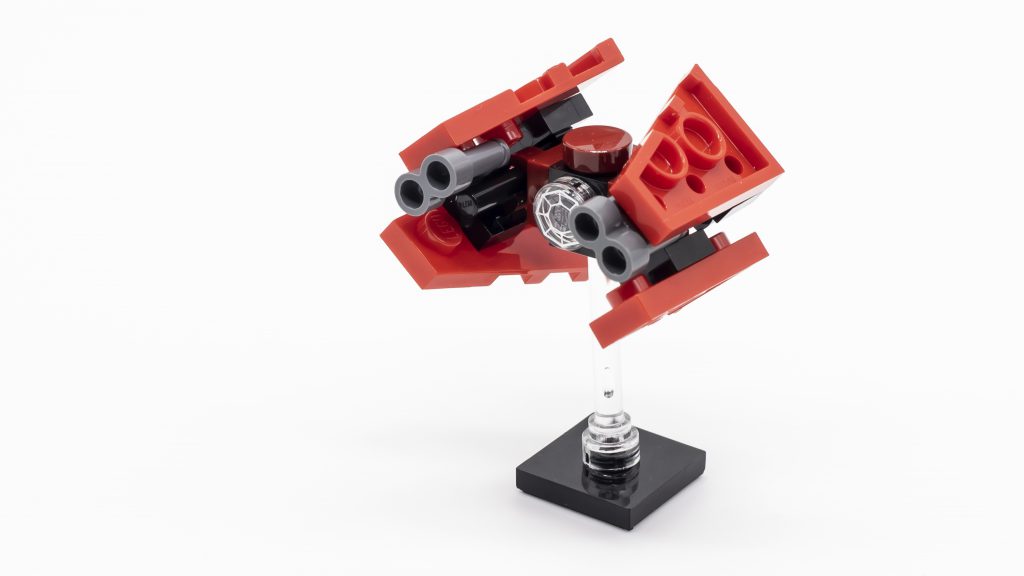 This is a very straightforward build, just make sure the edges of the 1×1 clips and wedge plates are aligned probably. I have used one relatively hard piece to get hold of, the 1×1 trans-clear round tile with Arkenstone pattern printed on. It was only available in the LEGO Hobbit set 79018 Lonely Mountain and so is quite rare. It does look absolutely amazing as a micro TIE cockpit, however a standard 1×1 trans-clear round tile will do the trick too.

If you prefer the colour scheme of the classic TIE Interceptor, just swap the red wedge plates for black, and the dark red pieces for dark bluish grey. 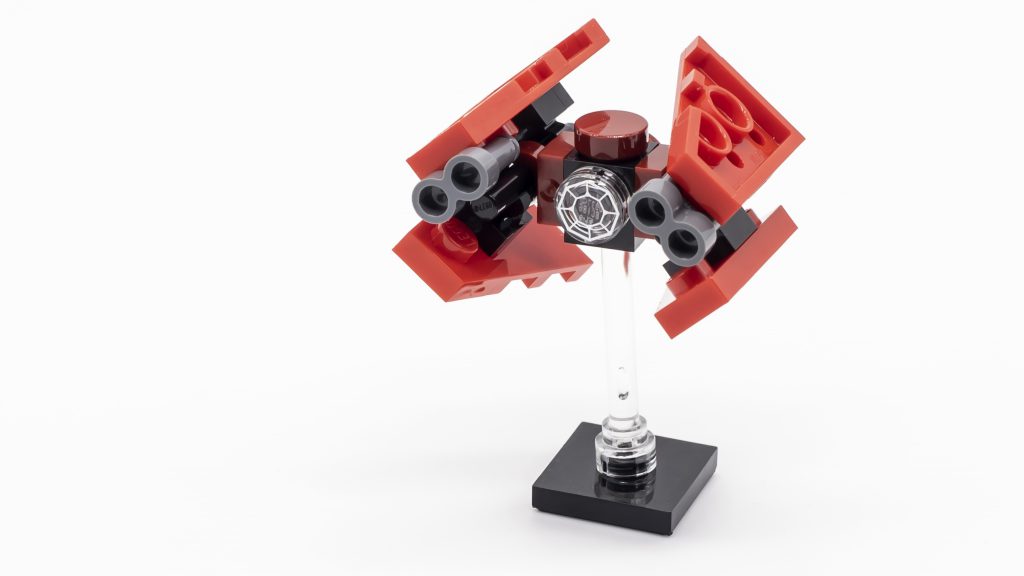