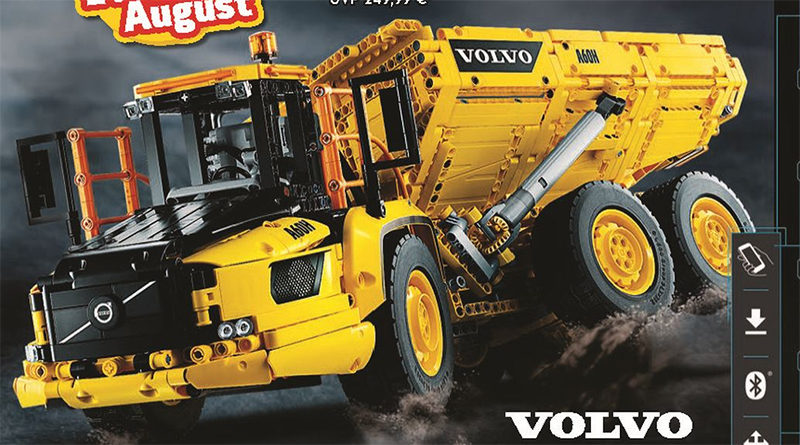 Three new LEGO Technic sets, that will likely be released on August 1, have been revealed in a LEGO catalogue.

Brickset has shared images from a new LEGO catalogue that gives a first look at 42112 Cement Mixer Truck, 42113 Bell Boeing V-22 Osprey Helicopter and 42114 6×6 Volvo Articulated Hauler. They are expected to be released on August 1.

A whopping 2,193 pieces will go together to build 42114 6×6 Volvo Articulated Hauler, which will be priced at €249.99. Control+ elements will be included, with two L-motors, two XL-motors and a horizontal motor. Functions these will provide include tilt, forward motion, backward motion and articulated steering.