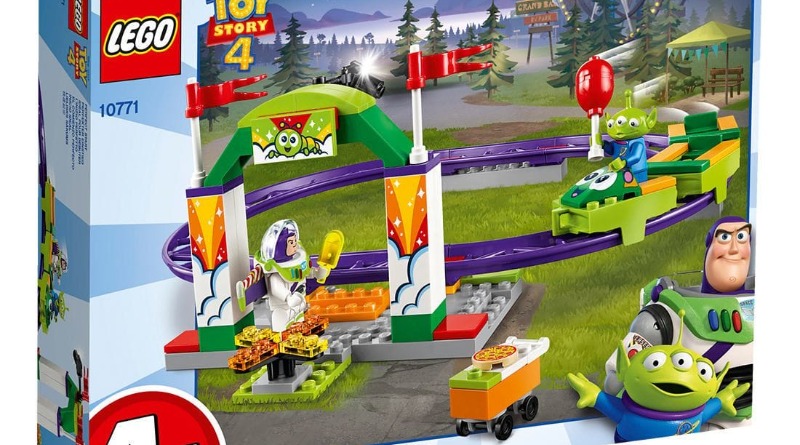 The six LEGO sets based on the upcoming Pixar sequel Toy Story 4 are now available to order at shop.LEGO.com.

The minifigure-based sets, which are all targeted towards younger builders under the new-for-2019 “4+” branding, are available two months ahead of the movie’s release in cinemas. The final box art was only just revealed yesterday, courtesy of Target Australia, but you can now see it for yourself on shop.LEGO.com (and, of course, LEGO Store shelves).

The six LEGO Toy Story 4 sets you can pick up from today are:

The latter will likely be particularly appealing even if you’re not planning to build the set, as it includes Buzz Lightyear, a three-eyed alien and plenty of purple rollercoaster track parts for just £15.99. In fact, all the sets are surprisingly affordable, as long as you ignore the piece counts (price-to-piece is never a favourable measuring stick for Juniors sets, which include large, specialised elements).