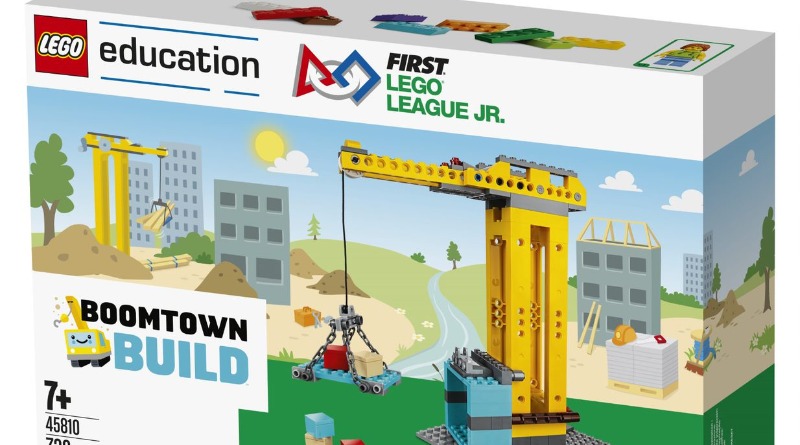 The LEGO Group has unveiled a pair of LEGO Education sets created exclusively for the 2019-2020 FIRST LEGO League season.

Both sets are based on the theme of architecture, with a lowercase ‘a’ – so not the LEGO Group’s other, adult-targeted theme. 45810 BOOMTOWN BUILD will be available to participants in the FIRST LEGO League Jr., reaching around 130,000 children aged six to ten years old across 41 different countries, according to an official press release.

Students will then be tasked with completing a challenge using the new sets, along with other LEGO Education products including LEGO MINDSTORMS Education EV3, which is compatible with SPIKE Prime. The latter is now available to pre-order in the US, with worldwide availability coming in August 2019.

“If you meet students where they are, challenge them appropriately, allow them meaningful failures, they will ultimately succeed, and this builds their confidence and desire to learn more, try more and stretch themselves and their learning,” said Esben Stærk Jørgensen, president of LEGO Education.

The FIRST LEGO League has been running since 1998, when the LEGO Group originally joined forces with not-for-profit organisation FIRST. The initial aim of the collaboration was, and continues to be, to develop STEAM (science, technology, engineering, art and maths) skills in kids, within a team-oriented and character-building activity.

“This coming season we’re thrilled for teams to explore city life through the architecture theme and create new, innovative solutions to improve our communities for the future. At the same time, hundreds of thousands of young students will be building problem-solving, teamwork, and communication skills that are critical to their own future success.”