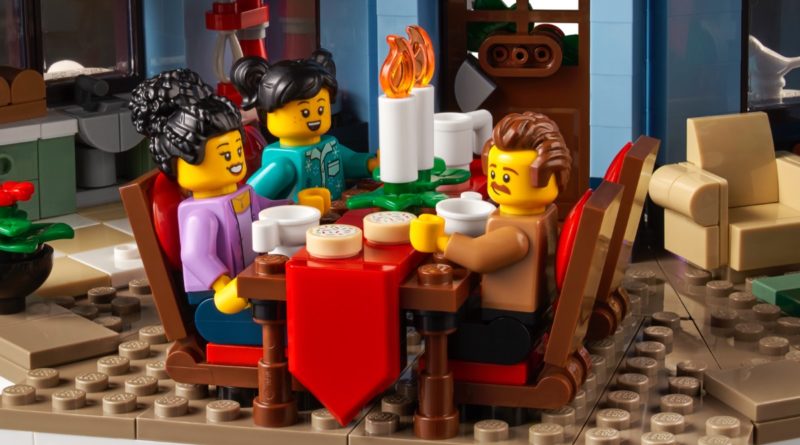 The latest LEGO designer video has been released, this time exploring the annual addition to the growing Winter Village Collection.

LEGO VIP members are already able to get their hands on LEGO for Adults 10293 Santa’s Visit and to help pass the time whilst building, the LEGO Group have uploaded the appropriate designer video – delving into the secrets and insights hidden within the model.

Designer Chris McVeigh is in charge of taking is on a tour of the build, which features a unique kind of Christmas tree creation. Including four minifigures, the set will receive a general release on October 1 for £79.99 in the UK, $99.99 in the US and €89.99 in Europe.

The story elements of the build are detailed such as an in-progress snowman at the side of the house, which the little girl is continuing to work on. The folded shape of the model is also explained as allowing for a more open display for the interior.

Graphic Designer Matt Parsons also joins in to offer insight into the new prints and designs, including a unique cookie tile that’s based on a personal family recipe, we’re even treated to a look at the real deal.

“With the Santa, he’s all-new in the sense that he doesn’t actually require the moulded element beard, so you can take that off and he still has a beard and bushy moustache underneath,” commented Matt Parsons “He also has a jolly expression cause he’s clearly very happy to be delivering presents to lots of kids.”

LEGO for Adults 10293 Santa’s Visit is available now for VIP members or on October 1 for everyone else. You could also consider pairing it with the upcoming 40499 Santa’s Sleigh, scheduled to launch the same day.