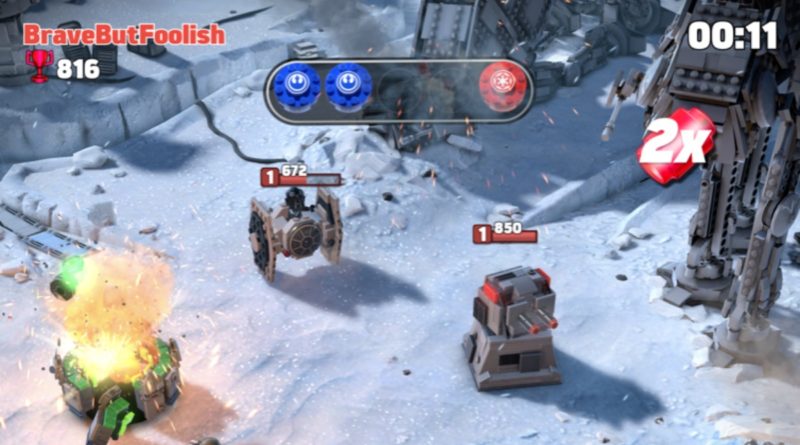 Warner Bros. has announced a final release date for LEGO Star Wars Battles, which is coming exclusively to Apple Arcade later this month.

First announced in 2019 for release in 2020, the mobile game spent months in early access before closing down earlier this summer, possibly as a result of EA acquiring developer Playdemic. But last month, Warner Bros. announced that TT Games had taken over production of the title, and would be bringing it to Apple Arcade in the near future.

The real-time strategy game has now been confirmed to launch on September 24, and will be playable across iPhone, iPad, Mac and Apple TV for Apple Arcade subscribers. As per the early access version of the title, you’ll be able to assemble an army of light and dark side characters, mixing and matching across all eras of Star Wars to go head-to-head with other players.

There are also elements of tower defence gameplay involved, while vehicles and locations from across the entire LEGO Star Wars pantheon will be available to control and visit. In the vein of other LEGO video games, TV shows and movies, it’s essentially a sandbox approach to the Star Wars universe, allowing gamers to live out fantasy battles.

Veteran players who stayed with LEGO Star Wars Battles through early access will no doubt be relieved to see it’s been clutched from the jaws of cancellation, while bringing it to Apple Arcade – alongside existing titles like LEGO Brawls – will hopefully help it find a wider audience.