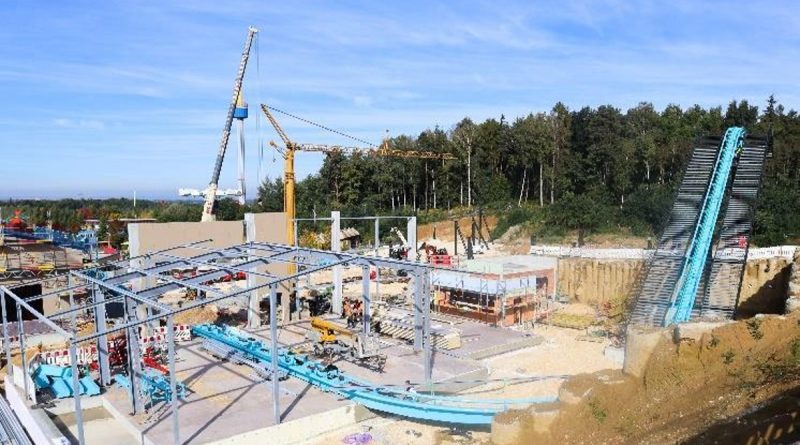 Following its debut in Windsor, plans have been further detailed for MYTHICA’s arrival at LEGOLAND Deutschland, including a new coaster.

The team at LEGOLAND Deutschland have already confirmed that they’re working on the 11th themed land in the park – MYTHICA. MYTHICA is a land based on magical and mythical creatures and debuted at LEGOLAND Windsor in 2021. Details on exactly what the LEGOLAND Deutschland version of MYTHICA will include are still light, but one addition has been revealed with construction currently underway.

A wing coaster, where riders sit on each side of the track, is coming to LEGOLAND Deutschland in 2023 and images from construction have been shared. This will be the first wing coaster with a LEGO theme and the first ride of its type at any LEGOLAND resort worldwide.

Another ride attraction is also confirmed for the park’s MYTHICA land though details have yet to be announced. At LEGOLAND Windsor’s MYTHICA, there are three rides including a flying theatre, drop towers and a spinning water ride. However, time will tell what the second LEGO MYTHICA land brings.

LEGOLAND Deutschland’s MYTHICA area and wing coaster are just two of several projects under construction at LEGOLAND resorts around the world, including the launch of LEGOLAND Shanghai and a Monkie Kid land.