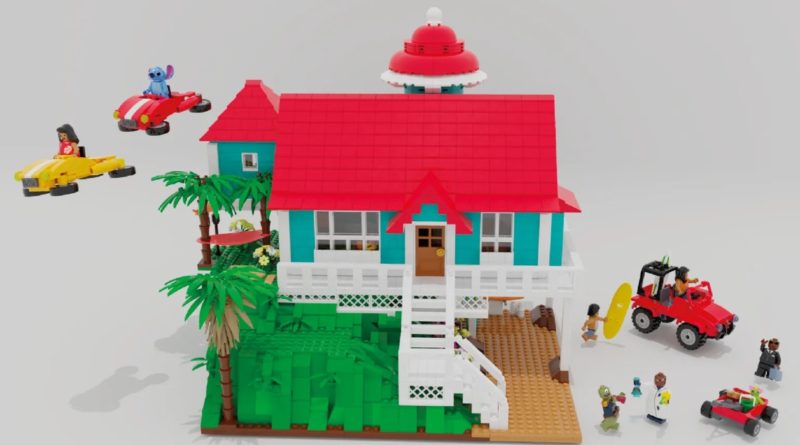 As one LEGO Ideas review phase ends, another begins as Lilo & Stitch: Beach House from ItsABricksLife626 might be the first model based on the Disney series provided it can impress the judges enough.

This is the user’s first project on the platform and it focuses on the home of Lilo & Stitch over the course of the show, sitting on top of a hill and with a full interior. Areas in the basement, tower and main floor can all be accessed to populate with the seven suggested minifigures.

Lilo & Stitch has yet to receive a full set, though we have received a Stitch minifigure before thanks to the LEGO Disney Collectible Minifigure Series.

We almost got a Lilo & Stitch BrickHeadz set in the 150th BrickHeadz fan vote but eventually, Star Wars was chosen instead resulting in 40539 Ahsoka Tano.

This is the first project in the second 2022 review stage, narrowly missing the cutoff for the first by barely a few minutes. Despite that, it still stands a chance of becoming a future LEGO Ideas model, it’s just going to take longer to progress to the next phase on the platform.