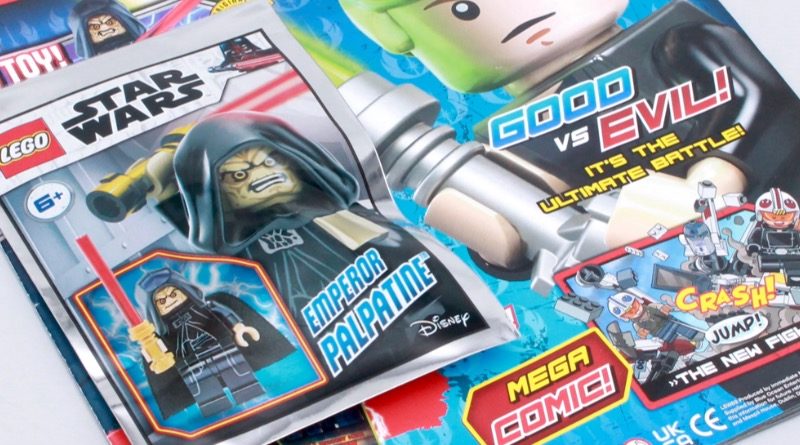 Issue 69 of the LEGO Star Wars magazine is available now at all good retailers, and comes packed with a free minifigure of Emperor Palpatine.

As Immediate Media’s officially-licensed kids’ mag approaches its seventh year on shelves, the foil-bagged freebies attached to its cover just seem to be getting better and better. Last month included an army-building Mandalorian minifigure, while this month’s issue includes The Senate himself.

You can take a closer look at the physical minifigure bundled with Issue 69 by clicking here, but if you’d like to see inside the pages of this month’s mag – which may include a tease of a future, heretofore unrevealed set – keep scrolling.

As you might expect given he’s on the cover, the Emperor features heavily in the issue’s standard mix of puzzles, activities and comics, including in a spotlight on last year’s 75291 Death Star Final Duel. That’s the only set so far to include Palpatine in this get-up, even if none of the individual elements are technically unique.

Perhaps more exciting is the glimpse of a new LEGO TIE Bomber, which looks to have been drawn from a brick-built version of the heavily-requested Imperial ship. The last minifigure-scale iteration dropped all the way back in 2003 with 4479 TIE Bomber, so an update is long overdue – and the LEGO Group seems to know it.

After two months of minifigures, next month’s LEGO Star Wars magazine reverts back to buildable mini-models with a V-wing Starfighter. We haven’t had a minifigure-scale version of the Republic ship – first seen in Revenge of the Sith – since 2014, so we’re looking forward to some more prequel representation in the LEGO line-up (even if it is through a magazine).

There’s no word yet when Issue 70 will arrive on shelves, but you can expect it to happen in early April, so you’ll probably want to snap up Issue 69 as soon as possible.