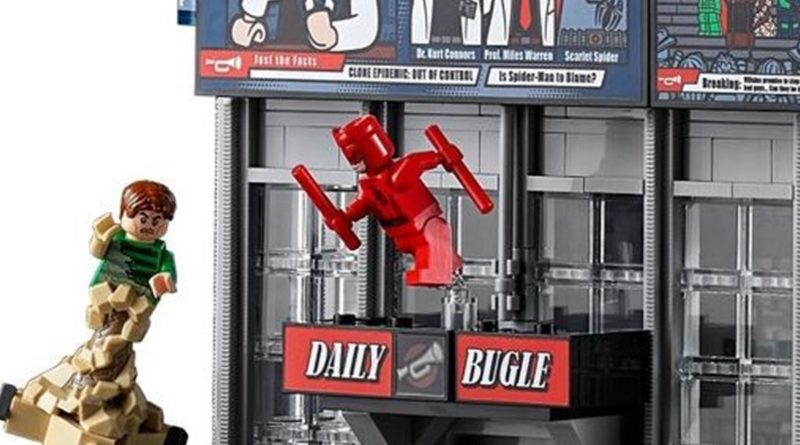 With the Defenders recently having their shows land on Disney+, it seems like a good time to look back at their LEGO Marvel minifigures so far.

While their canonicity to the wider Marvel Cinematic Universe is somewhat debatable at the moment following the appearance of certain characters in recent Marvel Studios projects, the Defenders and their relevant series recently arrived on Disney+ around the world, moving from Netflix to join the other Marvel shows on the platform.

By what is likely a coincidence, the relatively recent release of 76178 Daily Bugle means that out of the team featured in the Marvel shows since the comics version is a little more varied, we’re only missing one minifigure to complete the Defenders in bricks.

They were joined by Daredevil, as well as Punisher who also featured in the older Marvel shows, in 76178 Daily Bugle, both of which can still be found in that set now, though it is currently out of stock on the official online store.

That lineup leaves just one member missing from the minifigure Defenders as Jessica Jones has yet to feature in a LEGO set. With the other 3 Defenders minifigures being based on their comic appearances, it seems likely that any future Jessica Jones iteration would be the same.

While nothing has been confirmed, the most likely opportunity to include her might be in a similar way to Daredevil, as a bonus character in a larger set. This is only hopeful speculation though.

For now, you can at least get an array of exclusive Marvel minifigures including Blade, Punisher and Daredevil in 76178 Daily Bugle, which we determined in our review to be a must-buy set for Marvel fans. It’s out of stock at the time of writing, but you can sign up for our LEGO Stock Alerts and we’ll let you know when it’s available again.