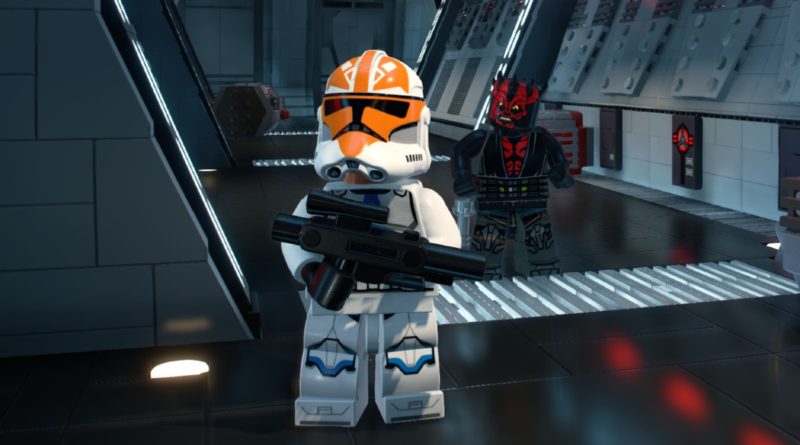 LEGO Star Wars: The Skywalker Saga is available now on PC, and that means that an online modding community has already formed.

In the world of video games, some titles on PC form modding communities where players change and modify the game for a variety of reasons and purposes, including adding new characters, gameplay and more.

A popular website for hosting these downloads is Nexus Mods, which is now home to several modifications for LEGO Star Wars: The Skywalker Saga.

Before you read any further, it should be noted that these mods are only available on the PC version of the game and are not officially supported by TT Games. We would recommend backing up your game files just in case before you start downloading and installing them.

These mods range from replacing existing characters with designs from current minifigures, such as the 332nd Company trooper in 75283 Armored Assault Tank (AAT) and Darth Maul from 75310 Duel on Mandalore.

Another mod gives unlimited flight to jetpack-wearing characters such as Boba and Jango Fett via an additional menu interface and another gives you a complete save game right away, for those wanting to take photos in the game or otherwise wanting to unlock everything fast.

Whether you wish to install a mod or not, LEGO Star Wars: The Skywalker Saga is available now on PlayStation 4, PlayStation 5, PC, Xbox Series X/S, Xbox One, Nintendo Switch.