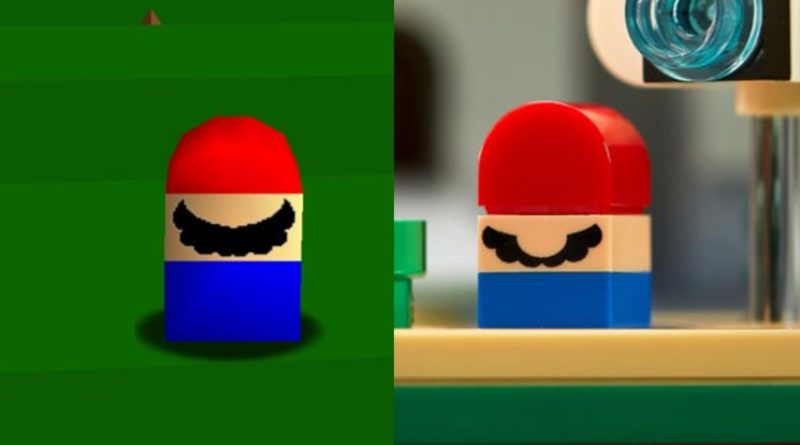 The small LEGO Mario in 71395 Super Mario 64 Question Mark Block will soon be available to control in the original game thanks to a mod.

Whilst we’re still waiting on LEGO Super Mario minifigures, the upcoming 71395 Super Mario 64 Question Mark Block includes ten miniature models to represent the characters from the recreated levels. One of these builds unsurprisingly depicts Mario with just three pieces dedicated to the plumber, as well as a moustache print.

Those three bricks will soon make up a new character model in Super Mario 64, as a mod by Twitter user and modder Kaze Emanuar has remade the figure with digital polygons. The mod was highlighted by YouTuber Nathaniel Bandy, who confirmed that the full release would be coming over the weekend from October 2 to 3.

Thanks to the sneak peek provided by the YouTuber, not only can we see what 71395 Super Mario 64 Question Mark Block‘s Mario figure would look like in the original game, but the level that the character is standing is also a recreation of the new set, with the border of the yellow block visible as well as a portion of Princess Peach’s Castle after folding out of the main structure.

Whilst we’ve already compared the original levels to their brick-built interpretations in the Super Mario model, it appears the modder is taking things one step further by allowing gamers to see what the full set based on the game would look like in Super Mario 64. We can only wonder how far this chain of recreating Super Mario 64 can go.