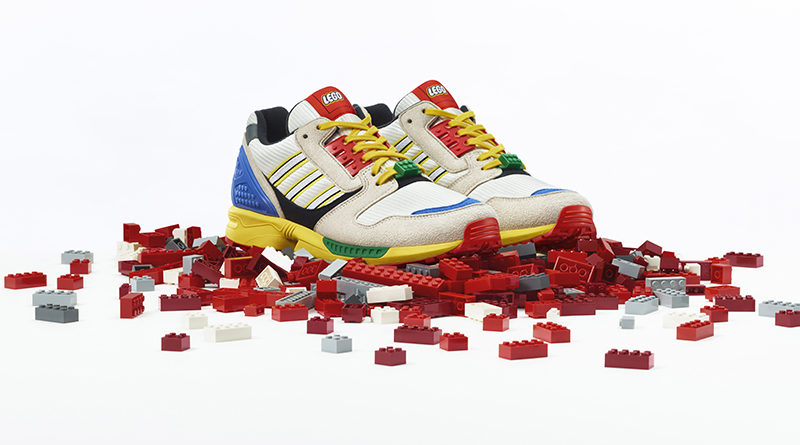 The LEGO Group has worked with Adidas to launch a special pair of LEGO trainers, with a press release describing the sneakers as “an ode to the classic LEGO brick”.

A pair of shoes in the Adidas A-ZX Series were revealed a few weeks ago, with official images recently turning up. Better later than never, a press release has arrived, ‘announcing’ the shoes. Here’s what the companies have to say:

For the next instalment of this year’s A-ZX series, adidas Originals has teamed up with the LEGO Group for a playful take on the ZX8000 silhouette. Demonstrating that you’re never too old to play, this unique release sees the Danish toy company bring its instantly recognizable aesthetics to an adidas archival icon.

So what does it look like? Designed as an ode to the classic LEGO® brick, this unique ZX8000 sneaker is comprised of a multicolour mesh and synthetic suede upper with a rubber outsole. Meanwhile, taking its bold aesthetics to the next level, the shoe features LEGO studs on the heels as well as co-branded tongue tabs. Then, rounding out the look are co-branded yellow sock liners, six different coloured lace options, and interchangeable LEGO brick lace jewels.

The new trainers will launch on September 25.

Another clothing collaboration has seen the LEGO Group and Levi’s unveil hats, jackets and jeans, all with space to attach LEGO tiles. Those who really want to show their LEGO love can combine clothing from that range with these trainers.