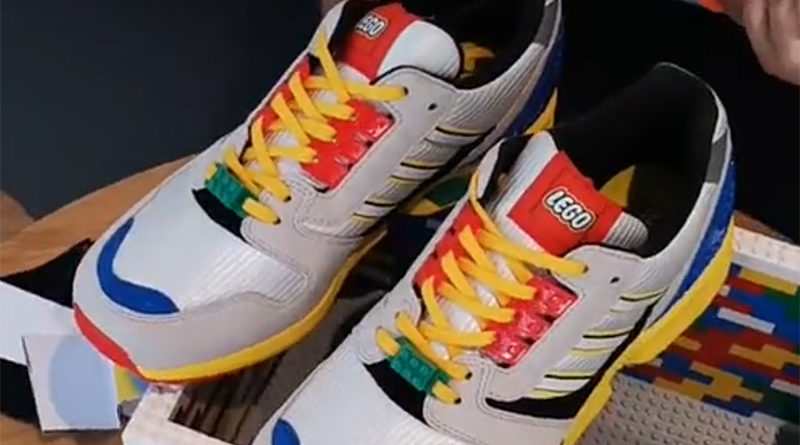 The new sneaker that Adidas collaborated with the LEGO Group on has been revealed in an unboxing video.

In collaboration with the LEGO Group, Adidas has developed a special pair of branded trainers as part of the A-ZX series. It was teased last week and now the retro sneakers have been revealed in an unboxing video from highsnobiety.

The video sees a giant LEGO shaped shoe box reveal an entirely brick-built box within, which holds the new shoes. The colourful trainers feature the LEGO logo and the bright original colours that LEGO bricks are best known for. Studs are present throughout.

There’s no release date for the new sneakers yet, so fans should stay tuned to Brick Fanatics for more information as it arrives.

It’s not the only clothing collaboration that the LEGO Group has planned. A collaboration between Levi’s and the LEGO Group was teased recently, with the first product now revealed on the official Levi’s shop. There are no visible signs of the LEGO brand being incorporated into the design, but the yellow beanie hat is listed as ‘LEGO beanie’.