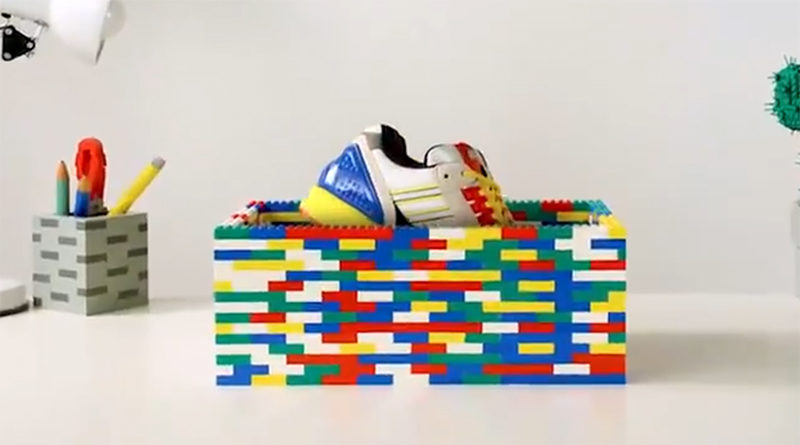 A new pair of sneakers from the Adidas A-ZX series, created in colaboration with the LEGO Group, has been unveiled today.

In collaboration with the LEGO Group, Adidas has developed a special pair of branded trainers as part of the A-ZX series. A fun stop motion video on social media shows the colourful shoe being unboxed, revealing that a few studs have been worked into the design.

There’s no release date for the new sneakers yet, so fans should stay tuned to Brick Fanatics for more information as it arrives.

Adidas is celebrating its history making trainers through the A-ZX series, in which 26 different sneakers will be released in styles that match classic releases with original designs in collaboration with other creators and companies. The original ZX line launched in 1984 and have influenced retro releases since.

It’s not the only clothing collaboration that the LEGO Group has planned. A collaboration between Levi’s and the LEGO Group was teased recently, with the first product now revealed on the official Levi’s shop. There are no visible signs of the LEGO brand being incorporated into the design, but the yellow beanie hat is listed as ‘LEGO beanie’.