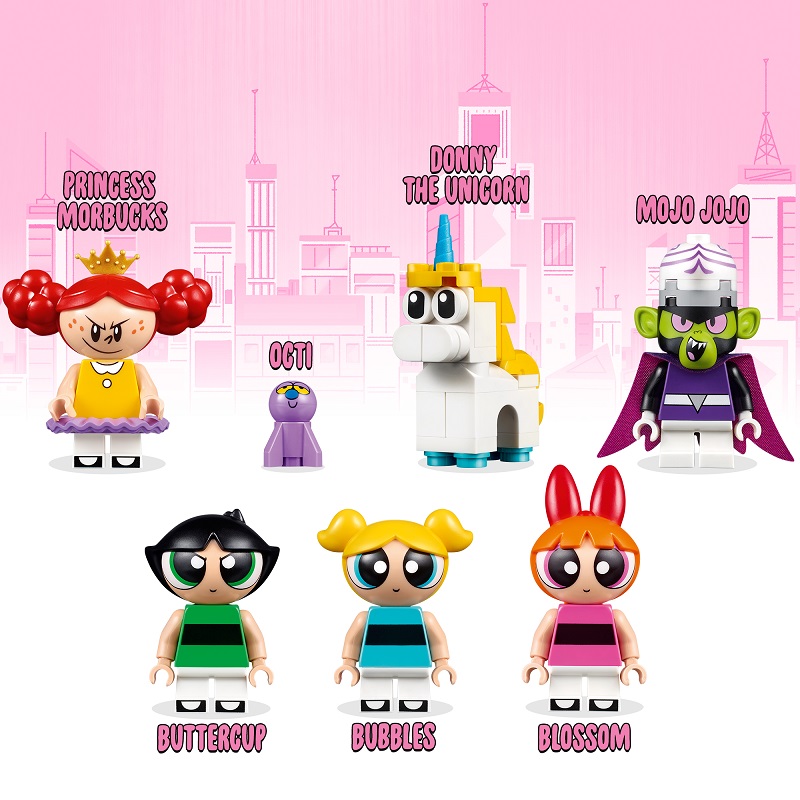 LEGO Powerpuff Girls is a new theme that will launch this summer with two sets. The sets were first announced at the International Toy Fair, before the LEGO Group shared images of the first minifigures a few days ago. Today, four more characters have been revealed by Cartoon Network to Geekiary, probably confirming the full line-up.

In addition to Buttercup, Bubbles and Blossom, fans will get Princess Morbucks, Octi, Donny the Unicorn and Mojo Jojo. 41287 Bubbles’ Playground Showdown and 41288 Mojo Jojo Strikes will spread the characters across both sets, so those who want the full cast will need to buy both.

The LEGO Powerpuff Girls theme is expected to launch on June 1, 2018.