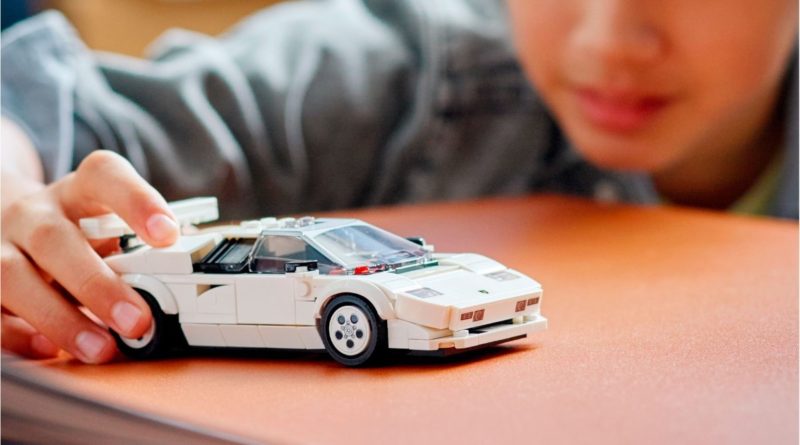 Three new movie-themed LEGO Speed Champions sets are rumoured to be on the way, but one of them is still shrouded in mystery – what could it be?

The rumours suggest that from August 1, LEGO fans will be able to purchase 76911 James Bond’s Aston Martin DB5 and 76912 Dom’s 1970 Dodge Charger as featured in the Fast & Furious franchise. Both sets are expected to include exclusive minifigures.

These rumoured sets are exciting enough, but there’s potentially a third licensed set on the way too. Details are sketchy at this stage, but set number 76913 also appears to be listed for an August 1 release, which could mean that we get treated to another four-wheeled movie star this summer.

We’ve been thinking about which big screen cars could (and probably should) be added to the LEGO Speed Champions collection. Let’s hope one of them makes the cut.

Bumblebee has been presented in many forms throughout the Transformers film series, but the 2010 Chevy Camaro is arguably the most prominent. Interestingly, a concept version of this 2010 vehicle was used in the 2007 Transformers movie to add a futuristic feel.

Obviously, a transforming LEGO Speed Champions set is unlikely, but it would make the perfect companion for 10302 Optimus Prime on any LEGO collector’s shelf.

It might not be the fastest car in the world, but this quirky American hatchback complements the characters of Wayne’s World so well. The distinctive ‘bubble’ shape might be difficult to capture in LEGO, but it would be a cult classic among older LEGO fans, especially if Wayne and Garth minifigures get thrown into the mix.

This iconic muscle car is referred to as ‘Eleanor’ in both the 1974 and 2000 versions of Gone in 60 Seconds, representing the ultimate getaway car in both movies. It certainly has potential for a LEGO Speed Champions set as it would be a relatively straightforward adaptation of 75884 1968 Ford Mustang Fastback which was released in 2018.

One thing’s for sure – a Nick Cage minifigure would be extremely popular.

If the LEGO Group is going to be releasing Dom’s Dodge Charger, it only seems fair that it recreates Brian’s Nissan Skyline too.

LEGO car enthusiasts can already add a modern-day version of the Japanese supercar to their collection with 76896 Nissan GT-R NISMO, but we’d like to see this 1999 model get the brick treatment (complete with street racer decals).

Herbie is more than a car, he’s a character in his own right. The instantly recognisable VW Bug design is yet to be captured by the LEGO Group (at last at Speed Champions scale), but several fan-made models can be found on the web, suggesting that it would be a popular choice due to the charming nature of the classic movies.

It would certainly be nice to have this unorthodox racing car in the Speed Champions range – who knows, it might not even need a minifigure driver.

We can’t wait to see what the LEGO Group has in store for the latest rumoured LEGO Speed Champions set, and whichever route it goes down, it’s likely to cause a stir. Keep checking Brick Fanatics for updates as we get closer to the anticipated August release date.

Always remember to treat LEGO rumours with caution until confirmed officially by the LEGO Group as they may turn out to be false.