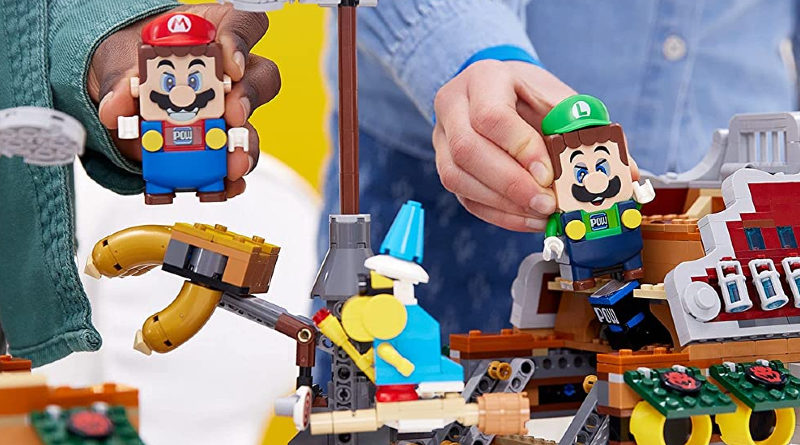 LEGO Super Mario players will soon be able to invite a friend as the interactive sets and app add a multiplayer mode to the mix for the summer 2021 models.

Alongside the reveal of the summer 2021 LEGO Super Mario expansion packs, the theme will also be allowing builders to team up with the Mario and Luigi controller figures. The multiplayer mode, which was first spotted on the box for 71387 Adventures with Luigi Starter Course, will arrive just in time for the newly revealed range of sets.

Players will be able to activate the experience via the app and won’t be restricted to using only LEGO Mario and Luigi, but can instead use any combination of the two characters. Of course, the LEGO Group could always add a few more characters to the collection to add to the choices.

“With today’s announcement, we’re not only bringing LEGO Mario and LEGO Luigi, their friends and enemies to life in new interactive ways for endless fun, we’re also thrilled to expand their play experience and the LEGO Super Mario universe with even more new sets and characters, something we really hope will excite fans.”

Some in-sync actions will be available for players to perform from flipping to facing bosses, which should now be even more chaotic than ever before with two iconic plumbers crashing down onto the foes.