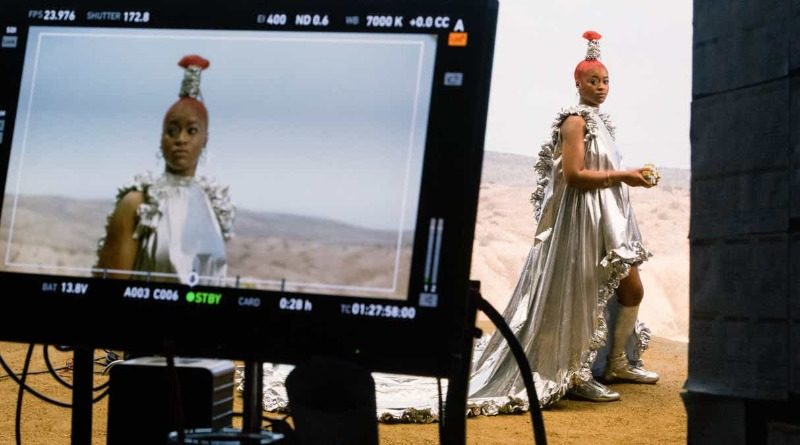 Tierra’s latest release, ‘Link’, is the product of the LEGO Group’s Rebuild the World Campaign, a series of four films exploring the importance of creative play. Each film shows a different world-renowned creator using the imagination of children as inspiration for their work.

Tierra worked with award-winning director Cat Solen and a group of Philadelphia children aged between six and nine to create a whole new world for her latest music video. Using LEGO, the children came up with inter-galactic creatures, a rocket launcher, hummingbirds, and castles, all of which made it into the final music video. The storyline was built from a total of 147,693 LEGO bricks in the end.

The new song ‘Link’ was inspired by Tierra’s own childhood memories of self-expression and her more recent experience of how LEGO freeplay can bring people together creatively.

“I was so excited to work with kids,” Tierra said. “Their energy is fun, exhilarating, never-ending, and full of surprises. I really trusted them, and I knew they were going to come up with something great. What I loved most about the process was being able to partner with such an iconic company like the LEGO Group because we could make anything happen!”

The first three films from the Rebuild the World campaign featured the work of US perspective artist Alexa Meade, actor Billy Porter, and architect Sir David Adjaye OBE. Each film shows the featured creator taking inspiration from the children’s LEGO builds to create something new and unique.

You can listen to ‘Link’ on all major streaming platforms right now and watch the music video itself here.